─ Min. Cummings up for the challenges the job entails

Minister of Foreign Affairs, Hon. Dr Karen Cummings has debunked the recent claims by Russia that a British military base was being constructed on one of the Essequibo islands to train Venezuelan refugees.

The Foreign Affairs Minister was at the time appearing on the National Communications Network’s radio programme, ‘INSIGHT’ on August 28. 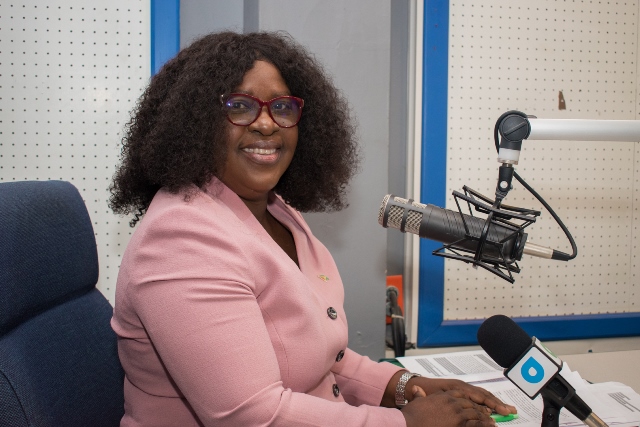 It has been reported that M. V. Zakharova, spokesperson of the Foreign Ministry of the Russian Federation, stated that the United Kingdom of Great Britain and Northern Ireland were constructing a military base on an island in the Essequibo. There, they alleged, would be where “several dozen so-called ‘refugees’ from Venezuela would undergo training as part of reconnaissance and sabotage groups and then be dispatched to Venezuelan territory to destabilise the situation and carry out appropriate actions – from extremist to terrorist.

“That’s not so! We asked them to withdraw those allegations and have written extensively to say that it is false,” Minister Cummings underscored.

Minister Cummings emphasised that Guyana continues to “abide by the rule of law” and has no intention of threatening anyone, especially not our neighbours. She added that Guyana and Venezuela are still before the International Court of Justice (ICJ) and expressed the government’s hope for a “peaceful resolution” to the border controversy.

She highlighted that over the years, Guyana has had significant accomplishments in terms of bilateral relations and multilateral associations. Since assuming office, Minister Cummings had several bilateral engagements with the Ghanaian State visit ‘crowning it all’.

She related that several Memorandums of Understanding (MOU) were signed including the VISA waiver. The visiting delegation also worked with the Guyana Office for Investment (GO-Invest) in terms of investment and foreign trade, oil and gas.

“So, we have been working assiduously to build relations so that we can fulfil our mandate of socioeconomic cooperation,” she expressed.

Minister Cummings stated that she is cognisant that the Ministry of Foreign Affairs is the implementor of Guyana’s foreign policies and vowed to continue to fulfil the mission to protect the sovereignty and integrity of our country while at the same time to maintaining bilateral relations and promoting socio-economic development for Guyana.

The Foreign Affairs Minister explained that Guyana currently has over 20 missions in 15 countries across the globe. Minister Cummings expressed her intent to build on the policies implemented under her predecessors.

“These would have paved the way for me and I can build on their legacy and this just goes to show that we can very prudently conceive and achieve these foreign policies in Guyana.”

The Foreign Affairs Minister said all of this will be done while “keeping in pursuit of Guyana’s green state development agenda.”

She noted that it is her vision to ensure that the ministry maintains and protects the country’s sovereignty and territorial integrity. Minister Cummings also expressed her hope that under her administration, there will continue to be “transformative changes across all sectors.”