Foreign Service workers, young diplomats and those aspiring, were today given pointers to enhance their skills in negotiating. At a planned session at the Ministry of Foreign Affairs, the group was guided through a session dubbed the ‘Geneva to Georgetown Lecture series’.

The series was planned by Guyana’s Ambassador to the World Trade Organization (WTO), John Ford in collaboration with the Foreign Service Institute’s Director, Ambassador Ronald Austin.

Today’s exercise focused on negotiations at the diplomatic level which included; representation and protection of the interests and nationals of their state, initiation and facilitation of strategic agreements, treaties and conventions, promotion of information and trade and commerce and the aspect of “negotiation” which took centre stage during this morning’s session.

Guided by Ye-Min WU, the Deputy Permanent Representative of the Permanent Mission of Singapore to the WTO and World Intellectual Property Organization, via Skype, the foreign service workers were shown how practical mediations were part of their everyday lives.

“You negotiate daily; whether it’s with your partner or girlfriend, or with your landlord or at work. What’s key about these negotiation skills is also about practice, the more you practice the skill sets, the more you can use it in the occasions especially the important occasions in which you need to get good outcomes. As such, if you are going into a political negotiation, it is important that you find a way to practice that through a simulation exercise,” stated Ye-Min WU.

Ambassador Austin, who chaired the session in Georgetown, said this specific gathering was central to diplomacy.

“If you are a diplomat, that’s what you do [negotiate], if you are sent to a conference, for example, you would have to negotiate sometimes.”

This is the fourth lecture thus far. The first was held in March, and according to Ambassador Austin, it initially began to promote awareness and bring attention to the Sustainable Development Goals (SGDs). 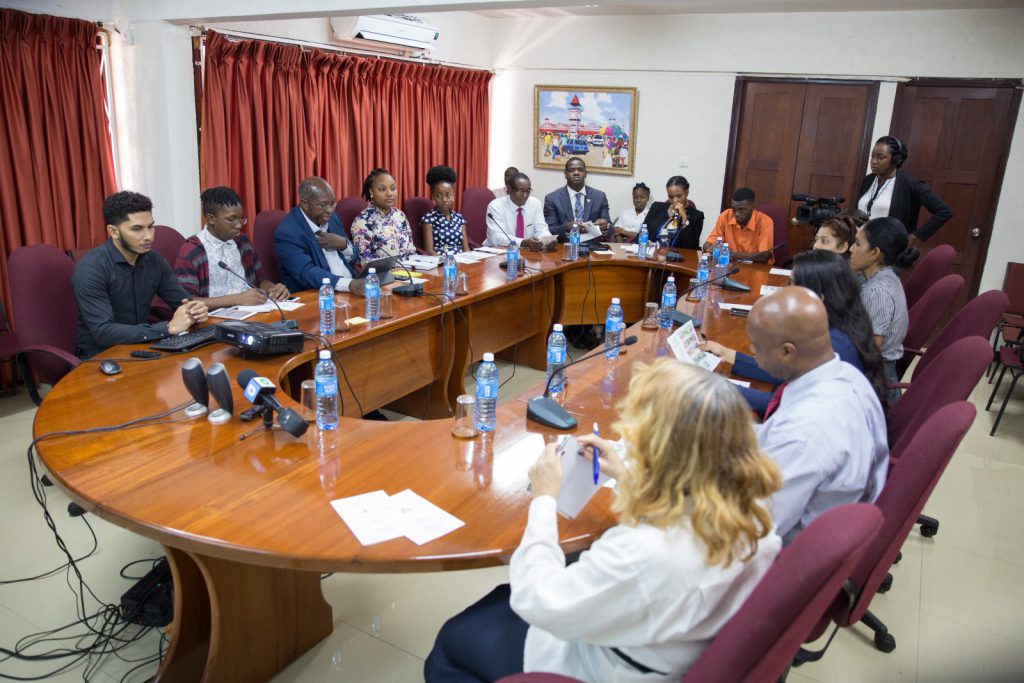