Justice for victims of sexual offences continues to be a priority. The launch of a Forensic Psychology and Sexual Offences Special Training Series for the Judiciary by the University of Guyana signals the drive to bring offenders to justice.

The training exercise was launched at the Pegasus Hotel for magistrates and judges throughout the country. Justice of Appeal and Chancellor (ag), Yonette Cummings-Edwards noted that such training is necessary for an effective justice system.

Chancellor Cummings-Edwards pointed out that the impact of sexual abuse has far-reaching emotional, psychological and physical effects on victims. The chancellor noted that sexual violence requires specialised training and intervention, adding that victims require support services and respect for their dignity and their privacy.

“We intend to improve our adjudication of sexual offences cases, reduce or eliminate secondary trauma victims and adopt a coordinated approach with all stakeholders as well as enhance our awareness of the evidence-based knowledge in this direction” she underscored. 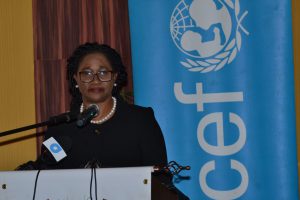 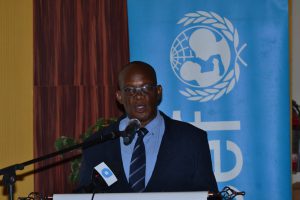 Dean of the Faculty of Health Sciences, University of Guyana, Dr. Emmanuel Cummings 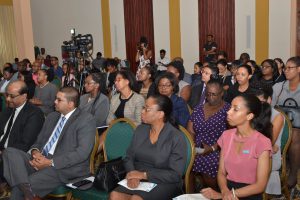 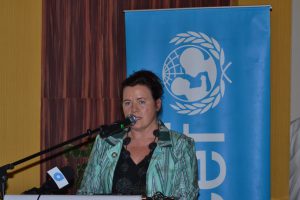 However, she noted that through collaboration with various stakeholders, several steps have been taken to address the issue. This includes the establishment of the Sexual Offences Court in 2017 and the Juvenile Justice Court in 2018.

“In 2019 and 2020, there are plans to bring those services to scale with the leadership of the judiciary, we are looking at expanding the court system outside of Georgetown in Berbice and Essequibo, therefore, increasing access of services to children who have been abused” Fouet stated.

DNA profiling plays a critical role in solving sexual offences cases, according to Dean of the Faculty of Health Sciences, Dr. Emmanuel Cummings, who noted that the evidence that from DNA profiling can make or break the outcome of a case. He said it can hold the perpetrator accountable, prevent future crimes of a similar nature, increase guilty pleas and result in a reduction of retrials.

With that, Dr. Cummings explained that “the applied focus in this course will provide an excellent foundation for continued education for the judiciary in various forms of forensic science including forensic psychology and medical science in an effort to strengthen the justice system by building the capacity for the use and interpretation of a more credible evidence.”

The training will commence on the weekend of March 10-11, where the magistrates and judges will undergo 20 hours of training at the University of Guyana Turkeyen Campus.