Four Government Technical Institute (GTI) graduates are benefitting from hands-on training in the oil and gas industry through a programme facilitated by El Dorado Offshore (EDO).

EDO’s Country Manager, Kerri Gravesande, told the Department of Public Information (DPI) that the programme is aimed at empowering young people and is part of EDO’s local content development plan to bring awareness of opportunities in the oil and gas industry.

DPI spoke to three of the GTI graduates who are participating in this programme, the fourth participant is currently working on the Stenna Rig. 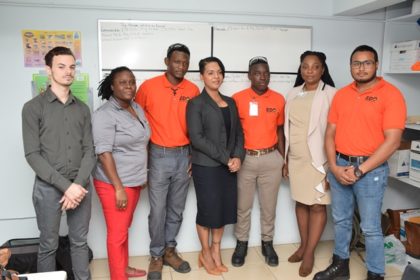 Derick Mingo studied Building and Civil Engineering at GTI before being selected. “I always wanted to be in the oil industry,” Mingo said. “The opportunity came (and now) I get to work with Exxon. What I learnt at TI was very applicable and it was put into use,” he added.

Mingo is currently posted at EDO’s office located at Exxon’s shore base facility currently located at Water Street. There, he works alongside the operations coordinator. “The experience was great. They have taught me a lot, they have showed me how they do the coordination in Guyana and the basic stuff when we go on the rig,” he said.

“This position can actually develop to a position called the store keeper. We have requests for store keepers in Guyana from several of the energy companies already,” Gravesande noted.

Mingo, like the other trainees, will eventually work alongside ExxonMobil’s Rig Clerk on the Stenna Carron which is conducting exploration drilling for the oil giant. The trainees will spend two weeks aboard the Stenna where they will oversee materials being shipped to and from the rig.

Gerald Moonsammy, who has already served his two-week stint on the rig, summed up the experience, “It was pretty good. Getting to learn the coordinates of what is going on and detailing coordinates was pretty good.” He said learning the “strings of each operation” was challenging, “But once you put yourself into it, you slowly grasp it.”  Moonsammy completed his Diploma in building and Civil Engineering at GTI.

Randy Gittens has also completed his stint on the Stenna rig. Working in the in the oil and gas industry was a mere thought for Gittens. The Building and Civil Engineering graduate of GTI said he did not think it was possible for him to land a job in the industry, until now.

“It seemed like it won’t be available to me…so when this opportunity came to me I was (like) yes,” Gittens enthusiastically recalled. This opportunity has “definitely” sparked a career decision in the industry for Gittens.

“At some point, I’m hoping to create Guyana’s first oil refinery, if possible. That’s something that I am hoping to accomplish,” he shared. Gittens noted this experience “is right in the ballpark” towards achieving this end goal.

EDO’s programme will run for six-months. In August, the trainees completed a three-day offshore safety induction and emergency training at Flack Nutec Safety Services in Trinidad and Tobago. They are also being mentored as they work alongside Exxon’s Offshore Logistics Coordinator.

EDO Country Manager, Gravesande, noted that at the end the programme two of the participants will secure positions on the Stenna and the remaining two will get a chance to work on future vessels.

‘Tons of opportunities’ through partnerships

Principal of GTI, Renita Crandon-Duncan, said partnering with EDO has provided “tons of opportunities for our students”.

“Most importantly, our students have to partake in industrial attachments and El Dorado Offshore has been able to give us those opportunities for our students, so that they can be able to actually marry and match the things they would have learnt in the classroom with the work experience itself”, Crandon-Duncan explained.

GTI’s Principal noted that the existing programmes offered by the institute can suit the needs of the offshore business. “We have been trying our best to coordinate with industry, find out what it is they need so that we can tailor our programmes to suit those needs.”

According to Crandon-Duncan GTI has been facilitating more attachment with industry and using the feedback to better tailor programmes that will be effective in the workforce. There are also plans to introduce programmes specific to the oil industry.

GTI’s Principal noted there has been “tremendous rush” for courses offered by the institute particularly the engineering programmes. 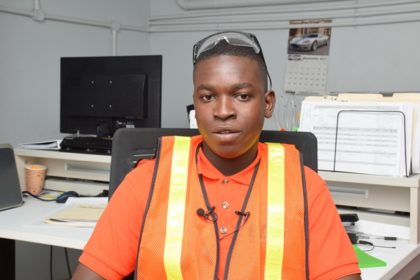 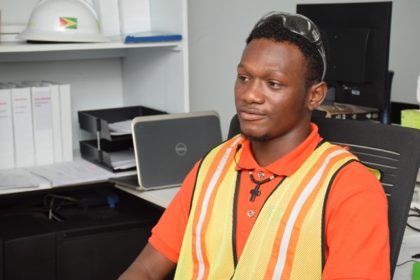 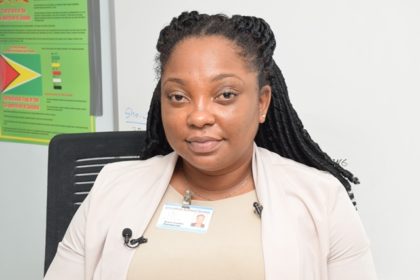 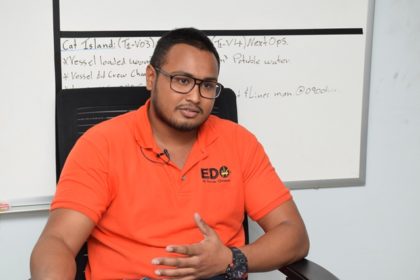