As the multi-billion East Coast Demerara Road Widening and Improvement Project progresses, efforts have intensified to complete the widening of the four-lane section from Better Hope to Annandale by August of this year.

Speaking with the Department of Public Information (DPI), the Technical Services Manager at the Ministry of Public Infrastructure, Nigel Erskine said approximately thirty percent of the project has been completed.

Within the four-lane section, nearly 80 percent of concrete drains have been constructed, and a significant amount of sub-base work (placement of white sand and loom) has been completed. Work on the aggregate base has started.

“The construction of concrete drains is one of the main activities in the project. The contractor is currently working on two of the constructions of the bridges; they started works on the retaining structures; three of which have been constructed along the roadway”, Erskine explained. 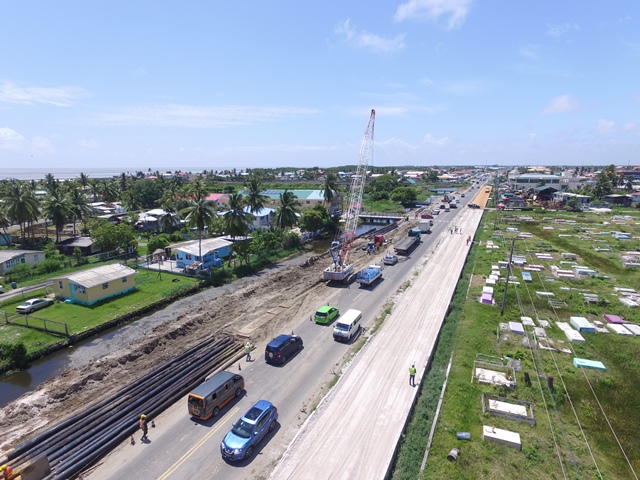 Widening of the road at Beterverwagting 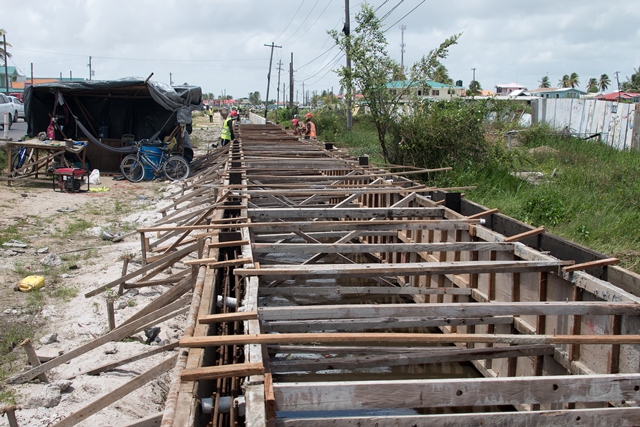 When completed the four-lane section, will have a median in the centre equipped with street lights, sidewalks will be built along populated villages, seven bridges and twelve culverts will be widened and 11 traffic signals will be installed at busy intersections along the roadway.

The approximately 8-inch finished surface will be comprised of asphaltic concrete and have road safety features including warning signs, road markings and pedestrian crossings.

According to Erskine, just three issues could affect the overall completion of the project. He explained, “The first issue is the relocation of vendors who occupy the tarmac area at Mon Repos and Lusignan Markets. The tarmac area would become part of the four-lane section so those vendors have to be relocated. Secondly, the rate of the removal of utilities and a large section of fences and shops beyond the four-lane between Annandale to Belfield.”

In the interim MOPI and the consultant are working on a traffic management plan to divert drivers as the work continues. The overall project will be completed in 2019.

In 2016, the government and the People’s Republic of China signed a US$45.5M concessional loan for the completion of the widening of the road between Better Hope and Belfield. Guyana has contributed $2.7B towards the project.