This year marks the Jubilee year for the hosting of Inter-Guiana Games (IGG) scheduled to be held in Suriname. For the second year in a row, French Guiana will most likely be absent for the games leaving Guyana and Suriname to compete against each other. 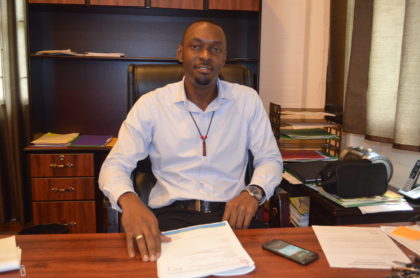 This was disclosed by Director of Sport Christopher Jones during an interview with the Department of Public Information/Government Information Agency (DPI/GINA). Jones stated that, “To date Suriname, like Guyana, we were trying to get in contact with the French Guiana authorities there, both countries have not been successful in having that done so we likely will not be seeing the participation of French Guiana again”.

Guyana hosted the games last year which saw Suriname dominating Guyana in a number of events except in track and field. The Sport Director added that all of the student athletes from Suriname are actively engaged in sporting events on a regular basis as it is integrated into their school curriculum which contributed to their success.

“In Guyana, that has not obtained as yet. So many of those student athletes who participated last year, it was the first time for them but because of the training that would have continued after those IGG games last year, we think that the student athletes would be in a better position now to perform well in Suriname in August,” Jones explained. He added, “I predict their chances are going to improve”.

The Inter-Guiana Games is the brain child of Guyana’s first Executive President Forbes Burnham, however, the first leg of the games was held in Suriname. The Games usually involve competition in basketball, volleyball, table tennis, badminton, chess, athletics, swimming, and table tennis.