From swampland to recreational facility

It is higher than any of the buildings around it. In fact, it can be seen from miles away if you get on the roof of down-town city buildings. Patriotism leaps in the heart when one sees the massive Golden Arrowhead, flying proudly at D’Urban Park.

This area is a link of the old with the new. The 1763 Monument reminds us of the struggle of our ancestors to break free of the shackles of the worst crime against humanity; slavery.

Just west is the Independence Arch, a reminder of those who struggled to break free of colonial bondage and to assert Guyana’s independence.

D’Urban Park, the way it is now, inspires hope in our people. During the cleanup and early days of the rehabilitation, ordinary citizens spoke of what it meant to them: 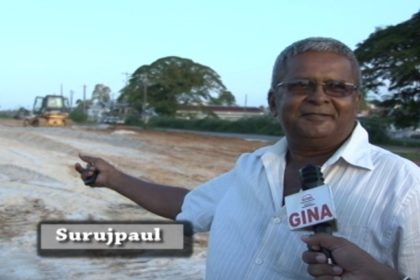 our protected forest area. He said “My girlfriend from Lodge, that is forty years now I walking through here, I use to walk from Kitty to here and this place was never like this condition. “D’Urban Park, here was the horse racing place, I don’t know what they have but I was a small boy then but they had the bandstand there and right along the had the horse racing thing. Is good that they bring it back here.”

D’Urban Park, along Homestretch Avenue, which once boasted a race course, is now a recreational space for families and friends or even young loves to go and relax. At the Square of the Revolution, mothers and fathers can be seen pushing their babies while small children play in a clean safe space. 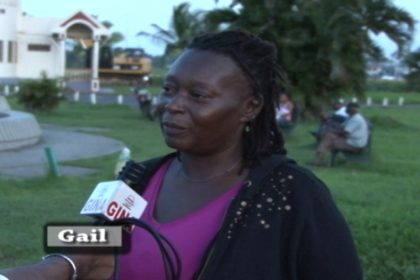 Gail, a vendor for many years at the Square of the Revolution said the rehabilitation has brought more business since more people come on a daily basis to relax. She noted that the space is good for youths.  “I think is a good thing for the young people so they can come and stop liming and find games to play and those things.”

So whether you have football boots or proper cricket gear or not, it does not matter. Here is a clean ground where young people can engage in wholesome activities that keep them out of danger. The not so young can relax in the cool fresh air, in a clean environment. 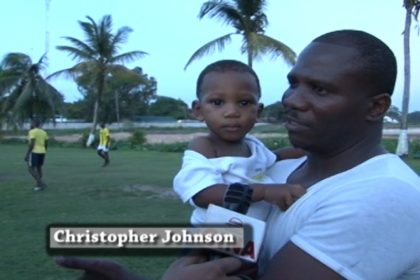 one certainly developing into one that after work people could come sit down and just relax.” He also noted that this can help to show off some of the skills of young people and give them that push to even go higher.

D’Urban Park today is a pleasing sight! Its evolution came about due to the keen interest of the government to provide a central relaxation space for citizens.