The Full Court of Justices Roxane George and Naresh Harnanan today granted a Stay into the injunction matter filed by private citizen Ulita Grace Moore against the Guyana Elections Commission (GECOM), which prevents the elections body from carrying out a national recount of votes cast in the March 2, polls.

The Judicial Review proceeding, which was scheduled to commence at 13:30 hrs today before High Court Judge Franklyn Holder, was postponed to allow for a determination of Justice Holder’s jurisdiction by the Full Court. 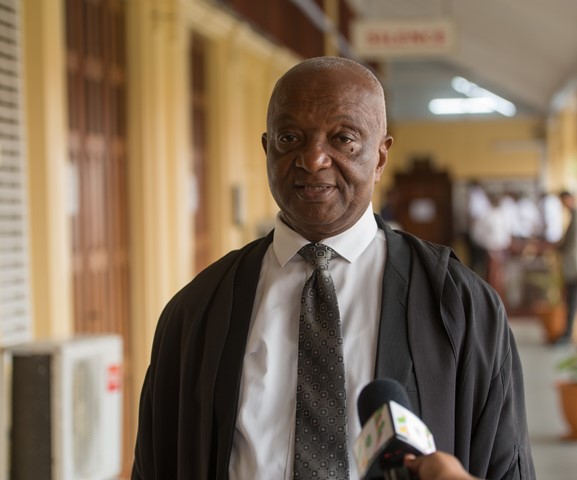 Grace Moore on March 20 filed an injunction in the High Court, blocking GECOM from carrying out a request made by His Excellency President David Granger and agreed to by opposition leader Bharrat Jagdeo, for a recount of all votes cast in all ten administrative regions of Guyana in the General and Regional Elections.

The Head of State had sought assistance from Chair of CARICOM Hon. Mia Mottley to supervise the national recount to bring an end to doubts and questions from local and international observers about the credibility of the results of Region Four.

However, GECOM was prevented from moving ahead due to the injunction.

Following his ruling on his jurisdiction last Friday, Justice Holder was expected to begin hearing the substantive matter of the case today. However, the opposition filed its appeal last Friday resulting in the decision of Stay this morning.

The decision of the Full Court will be handed down tomorrow morning.

In her application and arguments by attorneys, Moore has argued that the decision by the elections commission is unconstitutional.

GECOM’s attorney Neil Boston, SC had noted Article 161 (B) of the Constitution which states that no politician shall interfere with the supervision or running of elections in Guyana. Therefore the agreement between President David Granger and opposition leader Bharrat Jagdeo is ultra vires (beyond the powers) of Article 161 (B).