“People need to understand that local government is all about them getting involved and taking ownership of local governance. This is what we have been fighting for years.” So says outgoing Mayor of Linden, Carwyn Holland. 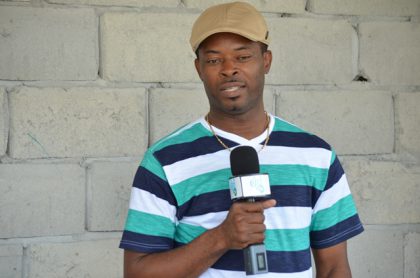 President of the Guyana Association of Municipalities (GAM) Carwyn Holland.

Holland explained that come April, more of his focus will be on the Guyana Association of Municipalities (GAM). The body which was reactivated last May 2017, after a 12-year hiatus comes under the purview of the Ministry of Communities. Holland was elected as the President of GAM in May 2017 and has since been advocating for the various municipalities to have one voice.

The sum of $10M has been allocated for this organisation’s 2018 national budget. Holland told the Department of Public Information (DPI) with local government elections slated to be held this year, GAM plans to work with the various municipalities, regional and neighbourhood officials to raise awareness on the importance of being involved in the election.

“Power belongs to the people and that is only possible if they get involved. Hence GAM will be working with the locally elected officials to inform citizens. If we want decentralisation, we have to work like that, otherwise we would contradict what we are asking of people”, Holland pointed out.

The out-going mayor believes that through the system of local governance, national development will be further advanced, since it allows for, “the business of the people come from bottom up… people making decisions, to help the process.”

Holland further pointed out that this year, Guyana will be once again participating in the Commonwealth Local Government Forum (CLGF).  Following a hiatus, the country rejoined the forum, last year in Valletta, Malta. That conference examined strategies for boosting Local Government’s resource base and capacity to improve performance, governance and service delivery.

Among the GAM-facilitated projects to executed this year are the hosting of an international business summit, municipal exchange visits, the creation of municipal corporations, a green farm project, annual fundraisers, and the establishment of an office.

The body has been conducting outreaches countrywide and will be carrying out more visits in the coming months, Holland explained.

The role of GAM and local government can be seen as an important platform in the economic boom, with the potential to unlock resources, and create economic opportunities at the local level.  GAM has a crucial role to play in strengthening municipal governance and management structure for national development.