Commissioner of the Guyana Elections Commission Vincent Alexander said that the recount which was agreed to by the Commission does not fall under the Representation of the Peoples Act. 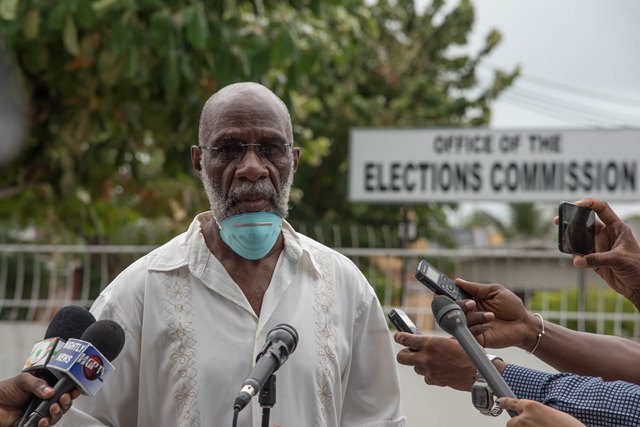 Today, GECOM made the decision to have a recount of ballots cast at the recently held General and Regional Elections. The recount of the votes will be done in chronologically starting from Region One to Ten.

The decision was made as the commission met today to deliberate on the way forward following the ruling of the Full Court on March 31. That ruling dismissed an injunction filed by private citizen Ulita Grace Moore to block a national recount of the votes.

Alexander noted that the modalities under which the recount will be conducted are still to be ironed out.

“The administration has made it clear that we have to give them clear directions about what we mean by a recount and how we proceed with the recount. That has not yet been done, that discussion has started.”

He added that “several issues were raised in relation to that matter. The first one being it is a GECOM supervised recount, there has to be a clear directive and an order from GECOM to the administration on this question. We have to decide whether the recount is merely a recount of the votes or whether all the materials in the box will be taken into consideration. That is the proxies, the people who voted without ID cards and all of that,” Alexander stated.

The process will be laid out in a subsequent meeting scheduled to be held later today. It has been over a month since the country held its General and Regional Elections.