Rapid development is what residents from surrounding communities of Golden Grove/Haslington are expecting following the handover of 13 government housing areas for management to the Neighbourhood Democratic Council (NDC).

The instruments were handed over to the NDC Chairman, Maureen Philadelphia by the Central Housing and Planning Authority (CH&PA) Chief Executive Officer (ag), Denise King-Tudor at the Golden Grove/Haslington Community Centre. 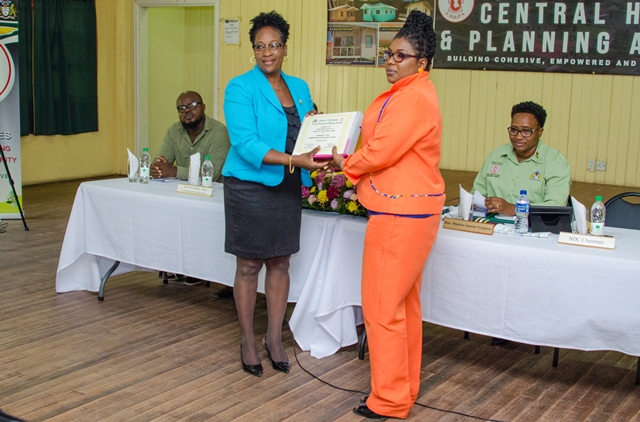 The instruments for 13 areas being handed over to the NDC Chairman, Maureen Philadelphia by Chief Executive Officer (ag) of the Central Housing and Planning Authority (CH&PA), Denise King-Tudor at the of Golden Grove/Haslington Community Centre. 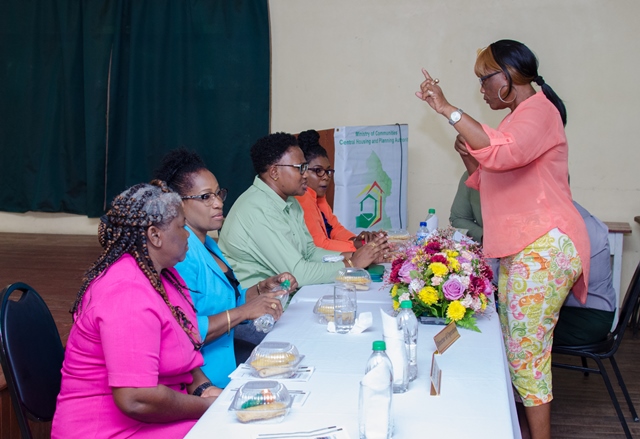 Minister within the Ministry of Communities, with responsibility for Housing, Hon. Annette Ferguson interacting with a resident. 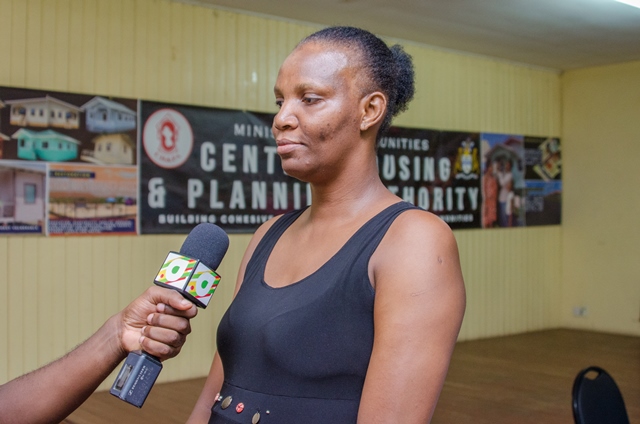 Avenel Woode, a resident of the area for several years.

Avenel Woode, who has been living in the area for several years, said that “with the 13 communities handed over what we will find is that certain resources will now be given to the people. With the payment of taxes, people can now access better roads and better drainage and also see their garbage disposed of in the right way.”

Jaswantie Persaud, another resident, echoed similar sentiments. “I am glad because we have roads that need to be made.”

As for, Michelle Leitch, it was something she longed for the past 20 years. “I feel great because I was waiting for it a very long time because our scheme needs development and we need lights,” the resident stated.

Leitch was happy to point out she has been doing her part for the community and ensuring her drains are clean. “I normally clean my drain before NDC reach my section.”

Minister within the Ministry of Communities, with responsibility for Housing, Hon, Annette Ferguson said that the handover of the housing areas is a significant accomplishment. The minister reminded that it was the Coalition Government that returned local governance to propel development in communities countrywide.

She emphasised that for development, the residents need to play meaningful roles in their communities. With that, the minister urged residents to pay their rates and taxes when they are due as this will ensure their community moves forward.

“Rest assure that better services will be provided to you,” Minister Ferguson stated.

However, it was pointed out that rates and taxes will only be collected once all the properties are evaluated. The evaluation process will commence shortly and run until the first quarter of 2020.