Prime Minister, Brigadier (Ret’d), the Honourable Mark Phillips handed over a $5 million cheque on behalf of the Government to the St Ignatius Village for the construction of a Benab.

The Prime Minister made the presentation to the Upper Takutu-Upper Essequibo (Region Nine) village after delivering the opening remarks at its Heritage Day celebrations.

During his speech today, at the St Ignatius Community Centre ground, he re-emphasised the Government’s unwavering commitment to the advancement of Amerindian rights and development.

The Senior Government Official stated that as Guyana’s development enters a new and rapidly expanding phase, the Government remains committed to including Amerindians in the national development agenda.

Moreover, in the area of ICT, he told residents: “We are addressing the whole issue of ICT connectivity because it is our plan, our desire, to have every village, every community connected so that you can do business, you can communicate, you can benefit from the GOAL scholarships and programmes you want to benefit from, via the internet.”

Furthermore, the Prime Minister told the audience that among the many initiatives being implemented for their benefit are indigenous communities’ land titling and the Low Carbon Development Strategy (LCDS) 2030.

He also noted that efforts to bridge the digital and energy divides are ongoing while stating that hinterland education, health, and infrastructure are being re-positioned to help eliminate inequalities and ensure Amerindians continued development.

Prime Minister Phillips was accompanied by his wife, Mrs Mignon Bowen-Phillips and the Minister of Amerindian Affairs, the Honourable Pauline Sukhai. 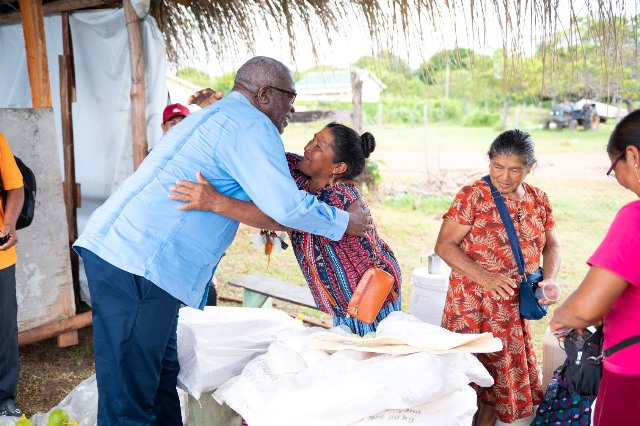 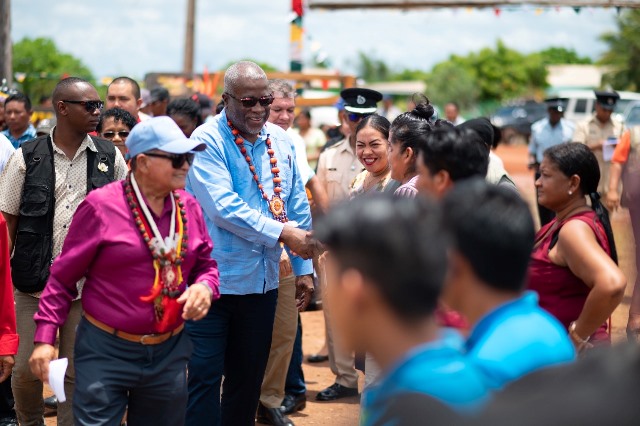 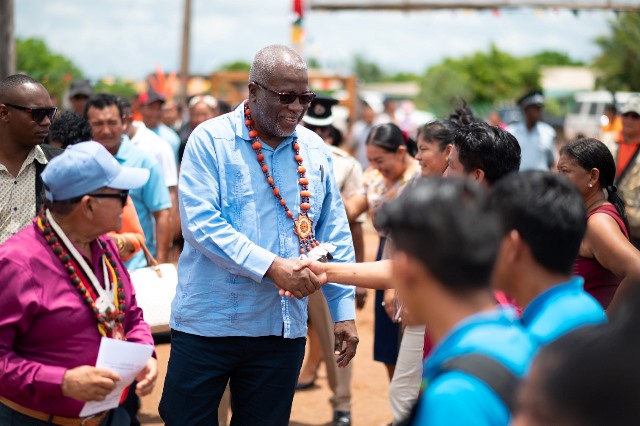 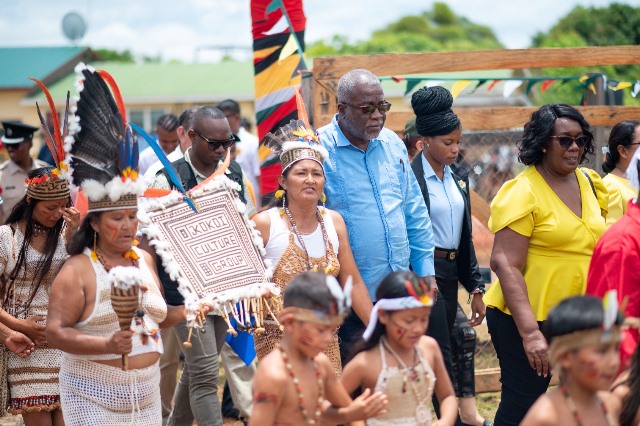