–Opposition must abide by Court of Appeal ruling

Attorney General (AG) and Minister of Legal Affairs Basil Williams SC. said that he is confident that the government will be victorious when the December 21 vote is taken the Caribbean Court of Justice (CCJ) for a final decision.

The AG was at the time addressing questions on the midday show ‘Hot Seat’ hosted by Stan Gouveia on 94.1 FM.

He said that last Friday’s decision by the Court of Appeal came as no surprise to the government who have argued that 34 votes were needed to make valid the December 21 vote.  In fact, he pointed out that a precedent has also been set in determining a majority for a vote of no-confidence in the Caribbean.

AG Williams said the decision indicates that Guyana’s justice system is working and that the rule of law is alive in the country. 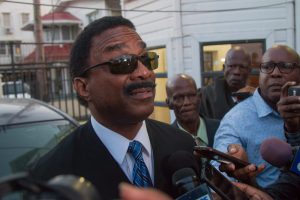 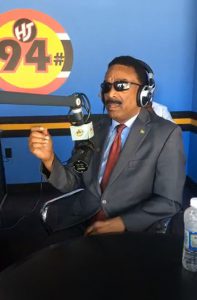 Attorney General and Minister of Legal Affairs Basil Williams S.C during his appearance of the radio show ‘Hot Seat’

According to the AG is has been a practice of the opposition to criticise judges whenever they lose a case. He noted as well that they have been attempting to manufacture a crisis in the country. The AG advised that is not the way to go and said the opposition must abide by the ruling.

On March 25, Attorney-at-Law Christopher Ram made his application to the CCJ, challenging the decision of the Appeal Court. Nevertheless, the ruling of Guyana Court of Appeal means that the government is legal to continue serving the people of Guyana as it was duly elected to do on May 11, 2015.

Image: The Department of Public Information

Editor’s Note: Stare Decisis is a Latin term meaning “to stand by that which is decided.”