Government in talks with Norway, IDB on Amaila hydro project

The Government is currently engaged with the Kingdom of Norway and the Inter-American Development Bank (IDB) on the way forward for the Amaila Falls Hydropower Project (AFHP), Minister of State, Joseph Harmon told the media today. 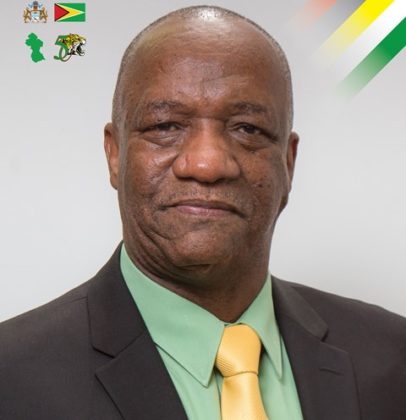 Minister Harmon was responding to reports in the media, by the Parliamentary Opposition, which stated that, “Guyana’s partnership with Norway on forests, climate change and the Amaila Hydropower project is shrouded in secrecy.”

On September 14, the Opposition released a letter it sent to the Norwegian Government, outlining what it terms the lack of inclusion of the Opposition and citizens in the process.

“I think it is very unfortunate that they (the Opposition) would take what I may call an anti-national stance on this matter,” Minister Harmon opined.

The Minister further explained that the issue of the AFHP was elaborated upon in the National Assembly, at a select committee meeting on natural resources, where the Opposition was given full disclosure on all matters regarding Norway, and the Green Climate Fund.

Earlier this year, a Norwegian company, Norconsult, was selected to review the financial model of the AFHP, to determine whether the project will move forward. This review was scheduled to be completed by September 1; however, Norway’s Ministry of Climate and Environment has asked the Government of Guyana for an extension.

Minister Harmon said that, “it is clear that the decision which was taken was between the Government and the Kingdom of Norway, that they will set up an independent assessor to determine whether it is going anywhere…They (Norway) are still in the process of engaging finally the assessor, so it is not that there is no transparency, and all of this is in the public domain.”

Additionally, Harmon noted that the AFHP project will also be addressed at the 71st session of the United Nations (UN) General Assembly which will be attended by President David Granger, Foreign Affairs Minister, Carl Greenidge and a team.

The AFHP, which started under the previous Administration, was the flagship project of the five-year forest protection partnership, which ended last year between Guyana and Norway. Guyana was expected to earn up to US$250 million in performance-based payments based on an independent verification of deforestation and forest degradation rates and progress on REDD+ enabling activities.  REDD+ is a global initiative that aims to reduce greenhouse gas emissions from deforestation and forest degradation.