The Government of Guyana, through the Civil Defence Commission (CDC), today made good on its promise to deliver relief aid to neighbouring Suriname.

Supplies valued at G$10m were presented to representatives of the Nationaal Coördinatiecentrum voor Rampenbeheersing (NCCR), which is Suriname’s National Disaster Management Coordination Centre, by Major Loring Benons, CDC’s Director General (ag). During the presentation, he assured the Surinamese officials of Guyana’s commitment to fellow CARICOM nations.

The items were purchased from Government funds approved by the Cabinet due to months-long flooding in Suriname, which started in March of this year. Guyana too is enduring significant flood impacts which also began in the first quarter and as such the CDC continues to deliver disaster relief supplies locally as well. To date, many communities such as Kwakwani, Lethem, Maraicobai and Pomeroon have received flood aid. 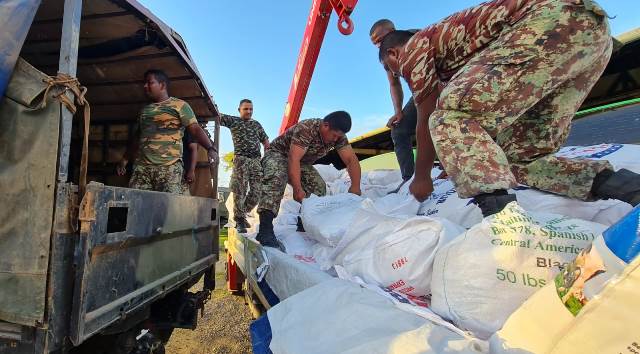 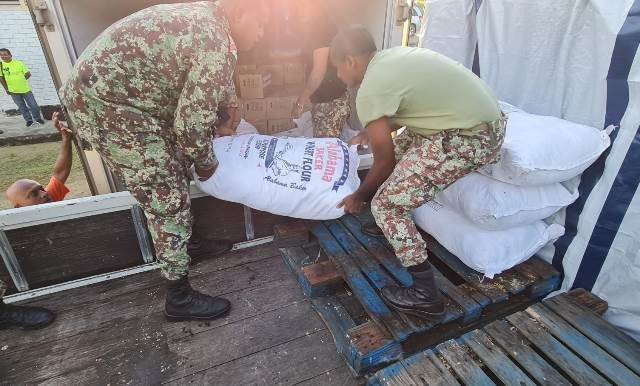