Plans are moving apace for the Celebration of the 179th year of Indian arrival in Guyana at Plantation Highbury, Berbice.

Coordinated by the Berbice Indian Cultural Committee, a mega event is slated for staging at Plantation Highbury where the first set of East Indians arrived in Guyana.

To add to the realization of a successful event, government has committed a sum of $1.5 million through the Ministry of Education Department of Culture, Youth and Sport. On Wednesday a cheque of $700,000 was handed over to the Berbice Indian Cultural Committee towards the successful staging of the event.

Additionally, the Government is engaged in venue developmental works and shall provide other services to the tune of $800,000 to treat with aesthetics of the location. The check was handed over to Mr. Chandra Sohan,, the president of the Berbice Indian Cultural Committe by Nirvana Persaud, CEO National Trust of Guyana at the venue.

The May 5th event will be addressed by H.E President David Granger and will feature many cultural presentations such as the re-enactment of the historical arrival of the first batch of East Indian Indentured labourers to Guyana.

Collaborative efforts commenced several weeks ago to ensure another grand Commemorative Indian arrival anniversary at Plantation Highbury on May 5, 2017.

Regularly, on May 5th thousands of descendants and supporters are expected to gather for a cultural and reflective celebration as homage to the first set of East Indian Labourers who came to the local shores.

On March 31st, a team of officials representing the Ministry of Education Department of Culture, Youth and Sport, the regional administration, the Indian Action Committee, and the Berbice Indian Cultural Committee visited the commemorative site at Plantation Highbury, East Bank Berbice.

On May 5, 1838, the first batch of East Indians numbering 128 landed a stone’s throw away from the commemorative site via the East Bank, Berbice River on the Whitby Ship to commence working as indentured labourers following the abolition of slavery in British Guiana.

This year marks the 179th anniversary of the arrival and through the collaborative efforts the organisers are proposing a day filled with reflective and cultural showcases that would feature an official stage show programme lasting for at least 2hrs.

The commemoration “normally is a pretty big cultural and religious event with a lot of people flocking to Berbice on their own or they are trucked in from all across Guyana; d some even come from overseas for the activity,” according to Regional Chairman David Armogan who is among the organisers of this year’s event.

Delving into the significance of the day’s activity he further said, “The first boat landed with our ancestors (the East Indians) at Highbury, Berbice on the “ Whitby” and that is why we go there every year as a pilgrimage to pay homage and commemorate the arrival of the East Indians to Berbice and by extension Guyana.”

Through active coordinating efforts the commemoration began in 1988 as just a gathering by the road side, but from that time to now there has been a lot of development at the location through input from various stakeholders inclusive of the construction of a pavilion.

Sohan said, “The event itself is largely cultural where people would give presentations on the significance of Highbury with specific reference to the first set of labourers who came to Guyana.” This would include some talk about the abolition of slavery as the two occurred during the same period.

Based on his historical research, Sohan said the plantation was home to one of the major factories at the time and based on how commemorations have been done in the past the former slaves welcomed the ship with drumming…as we see it, Highbury is the birth place of Indians in this country and that is where the first East Indians came off the boat.”

In his estimation, the event makes allowance for contributions from Indians across the world even as he opined that “it’s a worldwide event where people come from overseas; some having heard the stories and have walked the road to see and hear and know what the day is all about and it significance to the shaping of Guyana as we now know it, in addition to persons who come back to pay homage to their ancestors.”

As the lead organisers of the event, the Berbice Indian Cultural Committee’s president said he welcomes the collaborative effort where the Education Ministry is more actively involved and sees the supportive move by the Culture Department as a plus to further add to the event’s success. 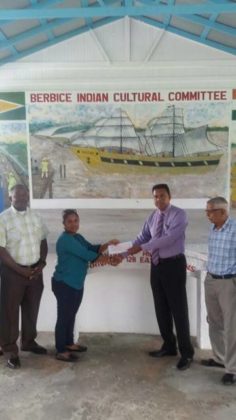 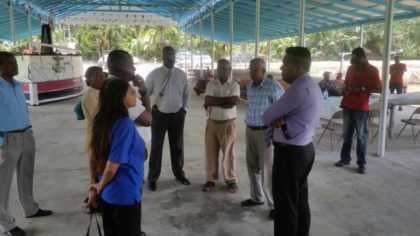