Justice will be brought to the relatives of the five victims of the deadly pirate attack on April 27, 2018, off the coast of Suriname. Director-General of the Ministry of the Presidency, Joseph Harmon said that administration is committed to providing answers.

“The government of Guyana remains steadfastly committed to ensuring answers are provided to the nation on this national tragedy, and we fully intend to follow the facts and provide remedies where necessary in accordance with the law,” the Director-General stated.

He said that an update on the Commission of Inquiry (COI) into the matter was given to Cabinet by Minister of State, Hon. Dawn Hastings-Williams. The COI, which is being Chaired by Dr. Rishi Thakur of the University of Guyana’s Tain Campus, began on August 5, 2019. 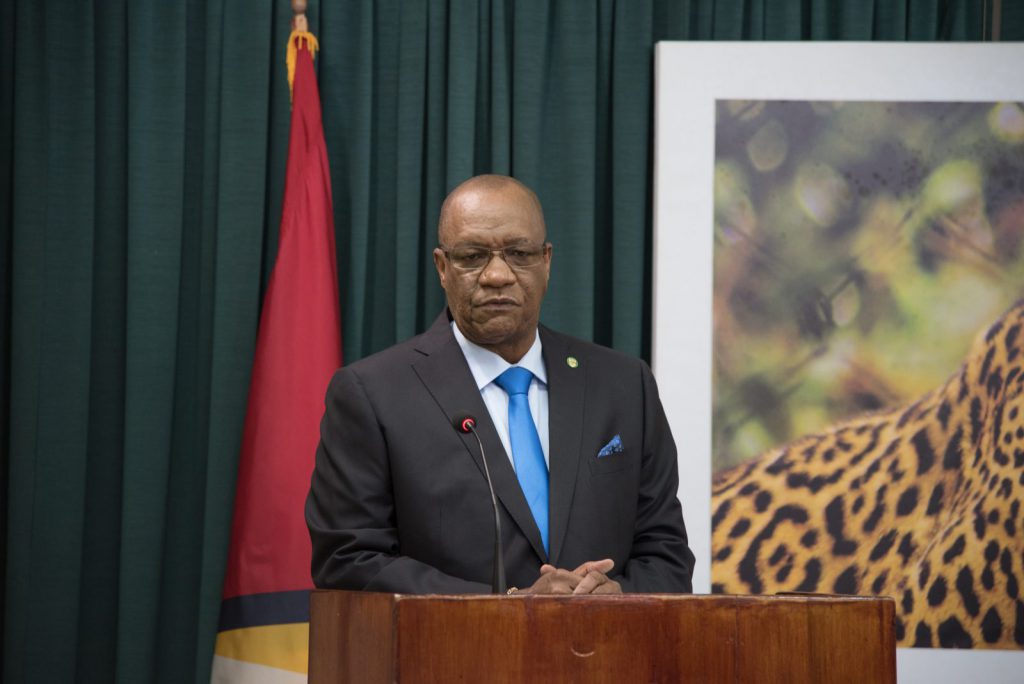 Director-General (DG) of the Ministry of the Presidency, Joseph Harmon

“The commission is currently conducting hearings at Number 67 and Number 68 Villages Corentyne and will also hold sessions at Corriverton as well as in Suriname to gather evidence and information from the families of the victims who have been affected by the atrocities.”

The two attacks took place between 18:30hrs on April 27 and 01:00hrs on April 28 at an area called Double High Bush on the Atlantic Ocean in Suriname waters against four Suriname-registered fishing vessels reportedly carrying 20 crew members, mainly Guyanese. Only four persons survived, and three bodies recovered. The remains of the others were never found.

In June 2018, the government made a payment of $100,000 each to relatives of five fishermen who were either killed, injured or missing following the two piracy attacks. The other family members of victims were to receive their assistance at a later date, according to Minister of Public Security, Hon. Khemraj Ramjattan.