Georgetown, Guyana – (March 27, 2019) Guyanese turned out in their numbers to interact with public officials and access important public services, as Government hosted yet another successful Public Day exercise, today, at the Square of the Revolution in Georgetown.

Over 22 Government Ministries and Departments were represented at the event, which is a testimony to the Administration’s commitment to improving access and strengthening democracy in Guyana.

Delivering brief remarks, Minister of State, Mr. Joseph Harmon said that “we have received letters and petitions from citizens in this country, asking to meet with us and we understand the urgency that some of your matters require.  Therefore, we recognise that if we were to wait and meet with you in our offices, it might take a longer time to get the service to you and so we have decided on this event.  This is not going to be a one-off event; we will be going to various communities across the country to bring Government services to the people.” 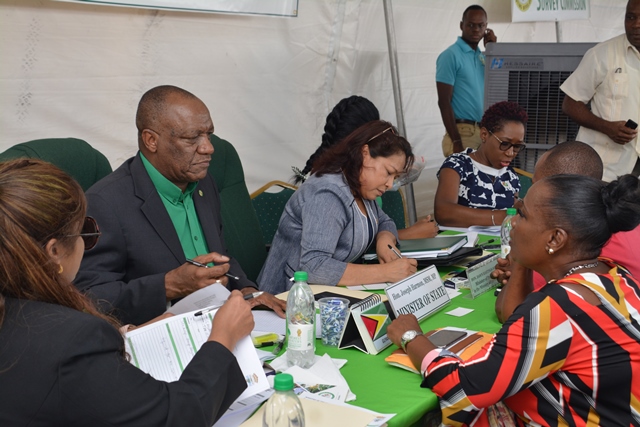 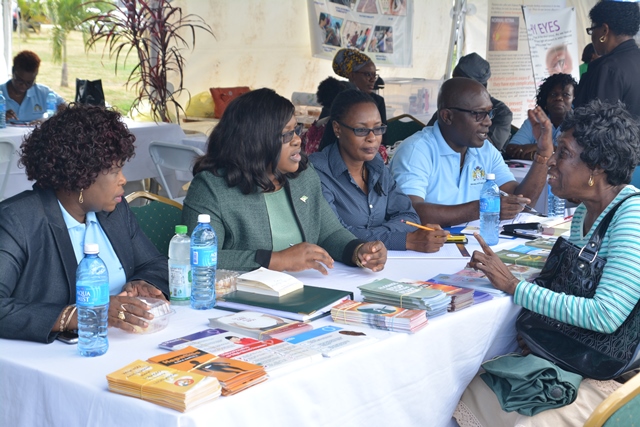 Minister within the Ministry of Health, Dr. Karen Cummings attending to a senior citizen at the Health Ministry’s booth. 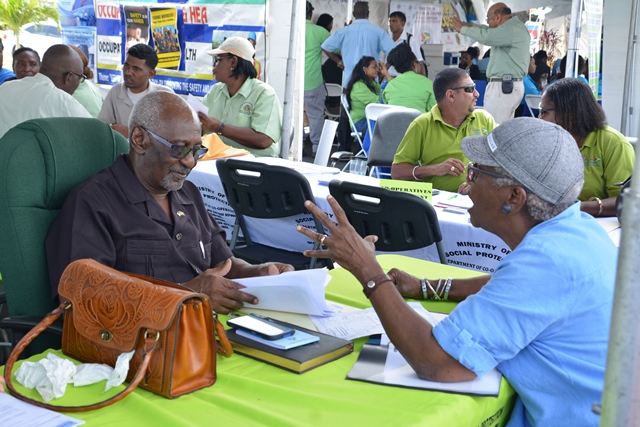 Minister within the Ministry of Social Protection with responsibility for Labour, Mr. Keith Scott addresses the concerns of a citizen at today’s Public Day exercise.

In addition to the various Government Ministries, citizens had access to officers from critical agencies such as the Central Immigration and Passport Office, the Guyana Revenue Authority (GRA), the Guyana Lands and Surveys Commission, the General Register Office (GRO) and the Central Housing and Planning Authority (CHPA).

“We are empowering you, the people, so that you don’t have to spend money to come to Georgetown.  This is part of our Government’s commitment in accordance with Article 13 of the Constitution, which speaks to inclusive governance.  It [Article 13] also says that you the people, must have access to your elected officials and having that access is how we can better empower you,” Minister Harmon said.

Meanwhile, similar sentiments were expressed by Minister of Social Protection, Ms. Amna Ally, who noted that far too often residents find it difficult to speak with a minister or the head of an agency.  “Today we are providing you with this opportunity to be able to speak with your ministers and speak with representatives of various agencies so that together, we can find solutions to the issues that are affecting you,” she said.

Public day activities of this scale have already been taken to communities like Linden and Berbice.