Warapoka, also known as Warapoko Mission, Region One, has recently been the centre of attraction in the Moruca Sub-district. It has many species of birds including the Harpy Eagle, which is among the five largest species of eagle in the world, and the rock cave, shell mound and white sand. 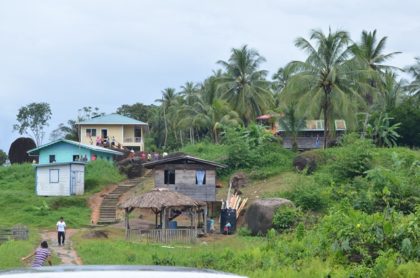 Warapoka has major tourism potential, apart from bird watching; the community has capacity for boating and cultural tourism.

Minister of Indigenous Peoples’ Affairs, Sydney Allicock from August 30-31, led a team including Director of the Guyana Tourism Authority (GTA), Indranauth Haralsingh, a representative from Wilderness Explorers and bird watchers, to engage the residents of Warapoka, and to examine the pursuit of an eco-tourism drive in the community.

Upon entering the community, Minister Allicock witnessed a number of Harpy Eagles, which is a clear indication that the community has potential for birding.

Allicock said that while Guyana does not have as many species of birds as other countries such as the United States and the United Kingdom, there are many beautiful and fascinating birds that can be seen in Guyana, especially in the hinterland areas.

The Minister also noted that already, the youths within the community are being trained in the area of tourism under the Hinterland Employment and Youth Service (HEYS) project, who will be used to develop a plan to promote the tourism drive in the area.

“…we were very pleased that within half an hour from the village to the location we were able to see the presence of this bird which is a big thing on the market for bird lovers in the UK and the US and other countries in the world.  So there is great potential where every single person can benefit because there will be need for transport, need for food and accommodation and guides,” Minister Allicock explained. 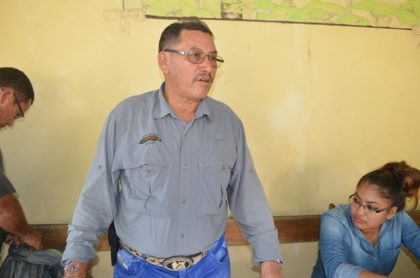 Minister Allicock also noted that this move will also help to revive the language within the area, since cultural tourism will be promoted and the young people will now have to be taught their language. Culture and arts will also be promoted.

“It is about exploiting the natural resources without doing too much harm to the environment and having economic benefits from it, but of course we need partners like GTA. What we will be doing is lending support along with the Ministry of Tourism,” Minister Allicock explained.

Meanwhile, Haralsingh told residents that Moruca has a number of attractions and one of the agency’s missions is to create a stronger tourism product from the community and its surroundings. 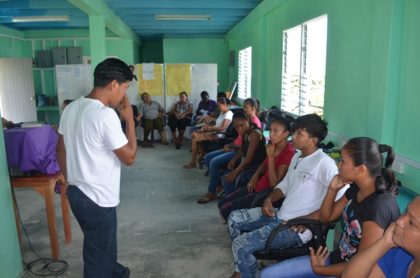 A section of those gathered at the community meeting with Minister of Indigenous Peoples’ Affairs, Sydney Allicock

Haralsingh said that the intention is to ensure that visitors have a number of activities when they visit the area so that they can stay longer. He said that training in the area of tour guide and hospitality will also be provided to residents within the community.

“You need to plan and organise more events which can attract more people; we can help to promote those events. We will look to establish a tourism group so that we can start to plan, look at what resources we need and to get started,” Haralsingh noted.

Toshao of Warapoka, Newton Wilson said that he was happy that the team visited and listened to their proposal to develop tourism in the community. He said that this will be economic development for Warapoka.