“Govt is here to serve the people” – Min. Scott

― govt wants residents to be aware of all national issues

― “We will be back again and again”

The Government of Guyana remains committed to residents of the Upper Takutu Upper-Essequibo Region, and will continuously support communities in the Rupununi.

This was the solemn promise of Minister within the Ministry of Social Protection, with responsibility for Labour, Keith Scott along with Ministerial Advisor at the Ministry of Indigenous People Affairs, Mervyn Williams over the weekend as they visited the indigenous communities of Rewa and Wowetta. 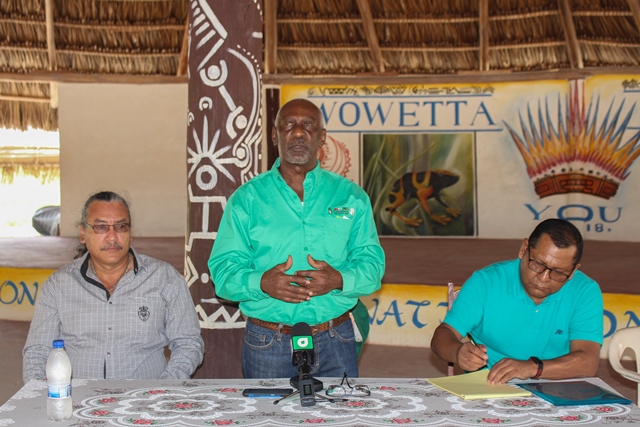 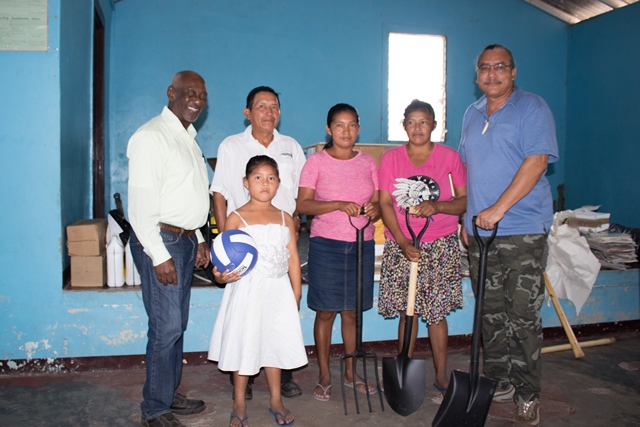 Minister within the Ministry of Social Protection, Keith Scott and Ministerial Advisor at the Ministry of Indigenous Peoples’ Affairs, Mervyn Williams with residents of Rewa. 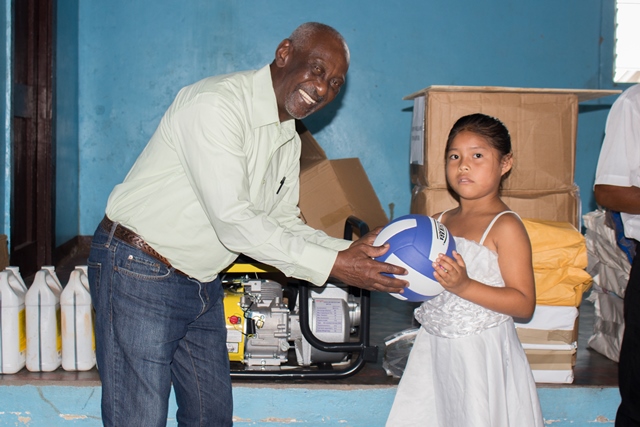 Minister within the Ministry of Social Protection, Keith Scott hands over sport gear.

During his remarks to residents, Minister Scott related that:

“It is the duty of a government, to ensure that they carry the entire society forward. Our job is to make sure that we carry Guyana forward. You are Guyanese, you are part of Guyana, and if you don’t progress, if you don’t go forward, we cannot go forward.”

Minister Scott explained that the government wants residents to be aware of all national issues.

“We want you to know what is going on in Guyana. The government is here to serve the people, to help to improve all our peoples’ lives.”

He also explained to the residents about some of the benefits of Guyana’s discovery of oil, stressing that the first step is to educate our people.

“The government is offering scholarships to young people so that they can better understand what is necessary for the oil sector.”

He informed residents that the government will be “back again and again” to discuss solutions to their concerns.

Echoing similar sentiments, Ministerial Advisor at the Ministry of Indigenous People Affairs, Mervyn Williams stated that he will bring attention to their issues with the relevant ministers of government and on his return will come with solutions.

Williams also said that President David Granger’s vision for the Indigenous communities of Guyana is based on the “value of their traditions, their customs their practices, their rich history. And he believes that Indigenous communes of Guyana must ‘self-determine’; they must sit at the level of the Village Council and determine what are the steps that will determine the development of their communities. Therefore, he continues to advocate for the Village Improvement Plan.”

Oil and filters for an existing tractor, sport gear and agricultural equipment were given to the two communities. The visit was a part of the massive outreach by government ministers to the Rupununi Region over the weekend. The fanout exercise saw 19 ministers visiting 28 villages in three days.