Government outreaches are a more hands-on way for ministers of government to be apprised of and resolve the issues that affect citizens. It also allows them to inform residents of plans for their communities and the country as a whole.

Most recently, Prime Minister, Moses Nagamootoo spearheaded a visit to the village of Golden Grove on the East Coast of Demerara (ECD). Residents of Neighboring villages, Haslington and Nabaclis were also engaged. 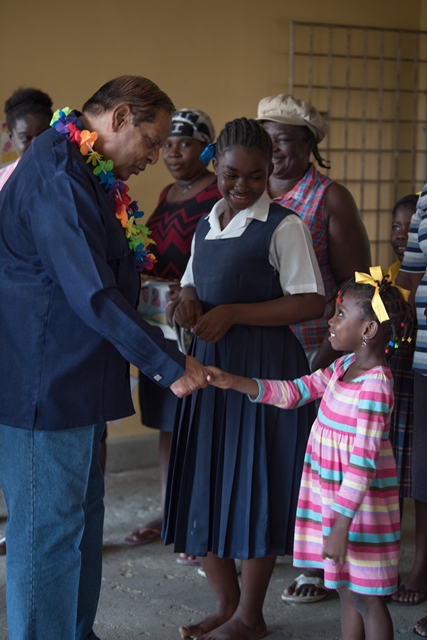 Minister of Public Health, Volda Lawrence with students of the President’s College during a brief walkabout before the community meeting.

Minister within the Ministry of Agriculture, with responsibility for Rural Affairs, Valerie Adams-Yearwood.

Minister within the Ministry of Communities, with responsibility for Housing, Annette Ferguson interacts with residents. 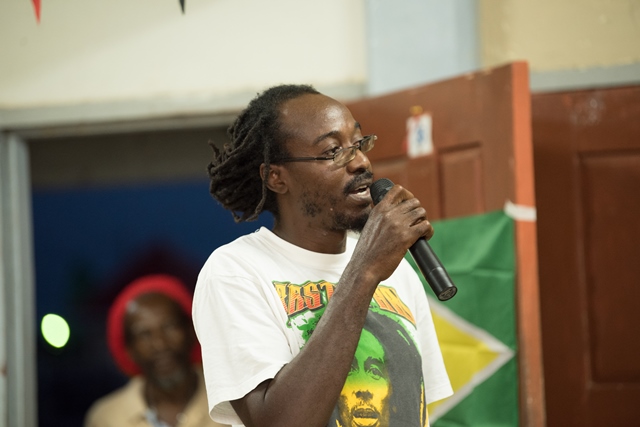 One of the residents who shared their concerns. 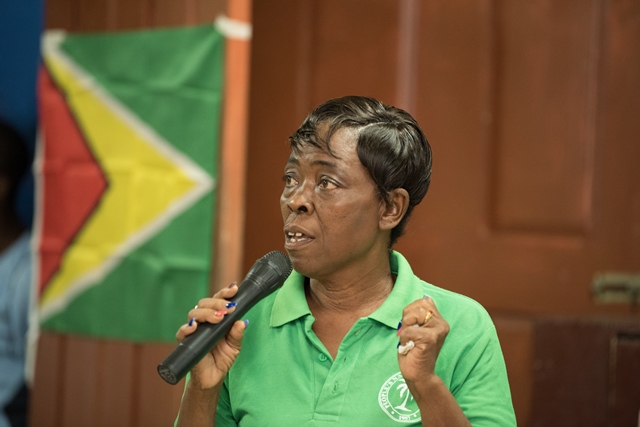 One of the residents who shared their concerns.

The Prime Minister noted that while critics may think of the administration’s efforts to meet the people as a waste of time, the exercise of taking the government to the people has reaped benefits.

“Some have said it is publicity… I refute that I say that this is part and parcel of our method of governance,” the Prime Minister noted.

He also added that taking the government to the people is a form of “grassroots democracy” and encouraged persons to be frank with the government.

At the meeting, issues related to housing, agriculture and job and business opportunities for youths were raised.

One of the young farmers in the village was concerned about better drainage and irrigation facilities in Nabacalis and surrounding communities as more young men and women are returning to the farmlands. Other concerns surrounded the accessing of house lots from the Central Housing and Planning Authority (CH&PA).

Minister with responsibility for Housing, Annette Ferguson said that the ultimate goal is for every person in need of housing to be provided with one. However, the government, through the CH&PA is working in a concise and timely manner to process all applications and ensure all issues are addressed.

“I want to make it clear that your government and President David Granger is indeed committed to solving all the housing issues. I can boldly say that this government inherited a huge backlog of over 40,000 applications.  What happened in the past was that persons were allowed to apply for house lots when the reality was there weren’t house lots available,” Minister Ferguson explained.

She added that the CH&PA is now in the process of developing housing areas and clearing the backlog.

Meanwhile, Minister Lawrence pointed out that within a short four-year period, the government has delivered on several priority projects they campaigned on in 2015. She gave assurance that the government will continue to deliver as the plans in store will benefit all Guyanese.

Even as the government is working, there have already been programmes in some sectors that are already taking form and will be materialised within the shortest possible time. One such is the resuscitation of farming in villages along the coast.

“One of the things the president would like to see is the farmlands in the villages reactivated. I can tell you this because when I was appointed the minister responsible for rural affairs in our initial conversation, this is one of the visions he shared [with me],” Minister Adams-Yearwood disclosed.

The government outreaches will continue during the month of July.