Stall-holders and vendors plying their trade at the Bourda Market in downtown Georgetown were assured by government Ministers that their issues will be resolved in the shortest possible time. 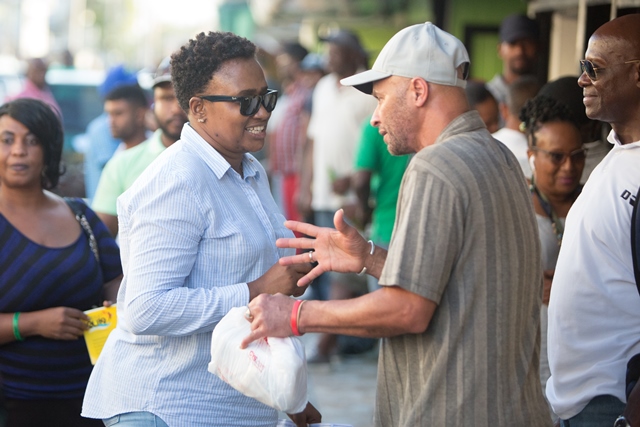 Minister within the Ministry of Public Infrastructure, Anette Ferguson chatting with resident at the Bourda Market. 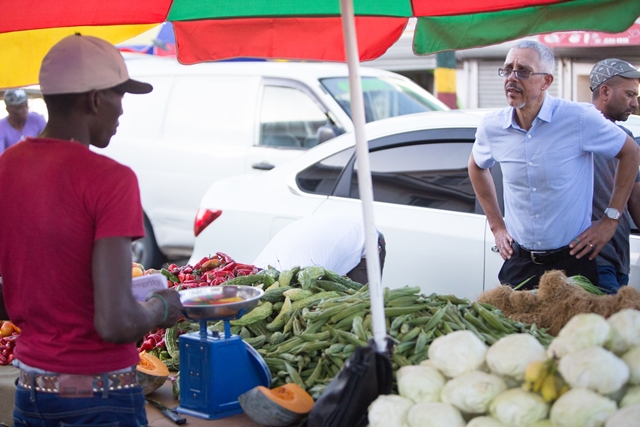 Minister of Business, Dominic Gaskin listening to the concerns of a vendors at Bourda Market. 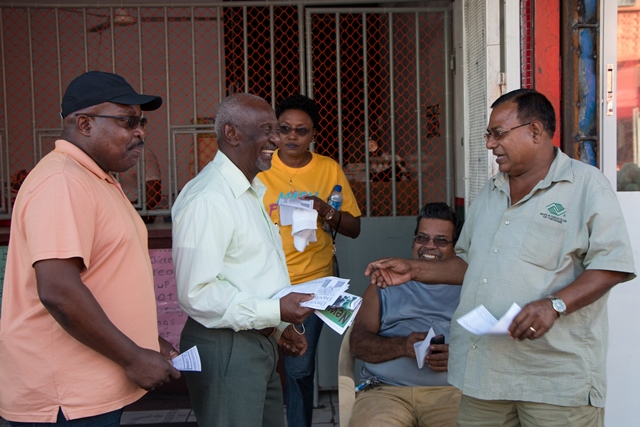 Minister within the Ministry of Social Protection, Keith Scott interacting with business persons at the Bourda Market.

Minister Allicock and his group engaged stall-holders who raised issues of sanitation and leaks in the roof.

The Minister explained that the aim of the visit is to have a first-hand assessment of the conditions under which the vendors are operating, listen to their issues and recommendations. Minister Allicock said the government will formulate a plan to address their concerns thereby ensuring they can ply their trade in a comfortable environment.

“The idea is to see how we can better improve the conditions of our people, especially in the area of sanitation. We have seen the drains, and the ventilation, the leakage and if we are going to truly become a developed country when business entrepreneurs and visitors come here to Guyana our hygienic standards must be of the highest standard.”

Minister Gaskin, who interacted with the vendors outside the market said that one of the issues that need urgent attention is the congestion outside the market and there needs to be a permanent solution that benefits all parties.

“There is clearly a problem because the customers aren’t going inside, they are buying outside…so you can hardly drive and walk through here and there needs to be a solution that is acceptable to everybody, one that gives the customers a comfortable place to shop and one that gives the vendors and stall holders a working relationship between themselves and the consumers.”

Deputy Mayor of Georgetown, Alfred Mentore explained that his council is currently assessing and evaluating the situation of the markets and has allocated resources to address some of those issues.

Mentor added that to ensure there are sufficient finances, the council will be partnering with central government to bring further relief to the vendors. He further stated that a team including himself and the Mayor, Pandit Ubraj Narine will be revisiting the vendors soon.