Residents of Linden, and surrounding communities in Region 10 were today able to have their concerns addressed by a team of government officials and representatives of various government agencies. 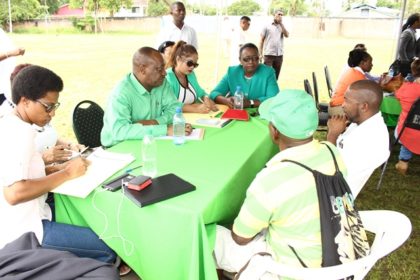 Minister within the Ministry of Natural Resources, Simona Broomes interacting with residents of the public at the outreach in Linden

The residents were also able to have one- on- one discussion with representatives from the Guyana Water Inc., the National Sports Commission, Ministries of Education, Citizenship, Natural Resources and Communities, and the National Insurance Scheme,  Guyana Police Force, Guyana Lands and Surveys Commission, and the Guyana Revenue Authority (GRA) among other state owned agencies.

Region 10, Member of Parliament, Jermaine Figueira lauded the ministers for their efforts to meet with the residents of that region. He said, “This exercise is one that could be considered as commendable by the Ministers of the various ministries and more so, the various agencies that comes under the various Ministries to come to this community and bring the service directly to the people.” 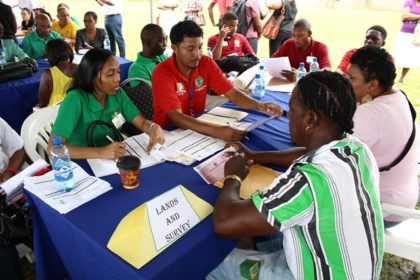 This outreach is part of a series of several such initiatives, which are aimed at taking the government to the people. Residents expressed satisfaction and gratitude to the government for the undertaking.

One resident, Cecelina Braithwaite told the Government Information Agency (GINA) that “an exercise like this is very good, it is something that many of us have been looking forward to because there are so many issues going on in Linden like unemployment. The company I was working with close down and like seven months now I have been trying to get a job and I can’t get one, so that’s why I come here to see what can happen with unemployment issues.” 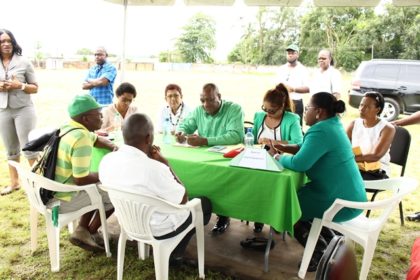 Meanwhile, Debra Pearson another resident sought help in obtaining a fire arm licence. She explained that since 1997 her father who is now deceased and she had applied, but until today she has not heard anything about it. Pearson explained that she has suffered a lot of losses in farming because of wild animals.

Further, Desiree Peters who works in the interior looked for assistance in retrieving her money from her former employer who has not paid her for a long period. She added that she is a single parent and needed this type of initiative to get help.

Government will continue to take these initiatives to the people in an effort to provide a better and more comfortable life for all Guyanese. 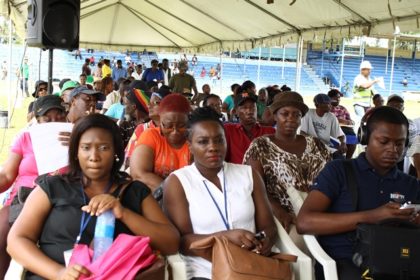