The recent spate of road deaths has been viewed with great concern by Cabinet, which met on November 19 and 26, according to Director General (DG) of the Ministry of the Presidency Joseph Harmon. 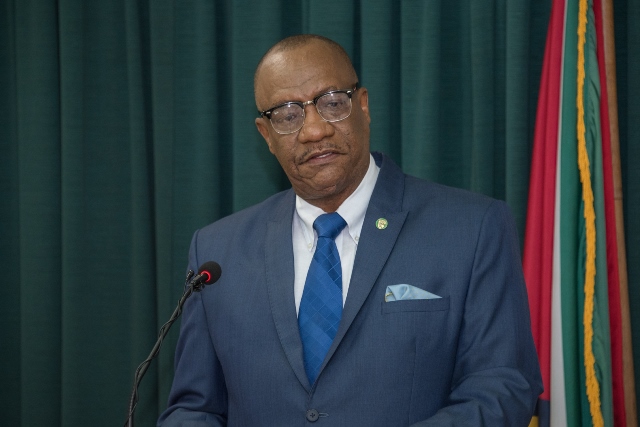 Director General of the Ministry of the Presidency, Joseph Harmon

Addressing the media at a post-cabinet brief, DG Harmon noted that traffic deaths amounted to 106 as of November 26.  “Not only the numbers but … there are young people who are dying, some of them in the prime of their youth. Some of them are well-qualified who are now poised to enjoy the benefit of the transformational happening in Guyana in terms of its development. For their lives to be snuffed out that way, it really is a painful thing. As a government, we share that pain and we will do whatever is necessary to ensure that our roads are safe,” the Director-General stated

He emphasised that citizens who use the roadways must feel safe, especially when they utilise public transportation where “certain standards are enforced.” Harmon recalled His Excellency President David Granger’s 2015 address to the Guyana National Road Safety Council where he called for enforcement of these laws and identified several associated risk factors. The Head of State also called for better education, enforcement and infrastructural engineering.

The Director-General expressed his belief that coroner’s inquests should be held for “every death by unnatural means” since “the law requires it”. He explained that under the law, magistrates are coroners, under the Coroner’s Inquest Act, and should conduct same whenever they occur within their magisterial districts.

Asked about the possibility of an inquiry into traffic deaths, DG Harmon said that several of the inquiries undertaken since the Coalition took office resulted in the improvement of administration. Citing the illegal landing of aircraft in the Rupununi Savannahs, months ago, he said this resulted in the reorganisation of police divisions and senior officers responsible for smaller areas. This move resulted in the apprehension of two such aircraft after they were prevented from landing, he added, “and to take action where there have been identified defaults on the part of those who are required to administer the law”