GPF taking precautionary measures against COVID-19 at ports of entry

The Guyana Police Force is playing its role to prevent the spread of global COVID-19 pandemic by having its officers take all precautionary measures. This is especially being implemented by officers at all ports of entry. 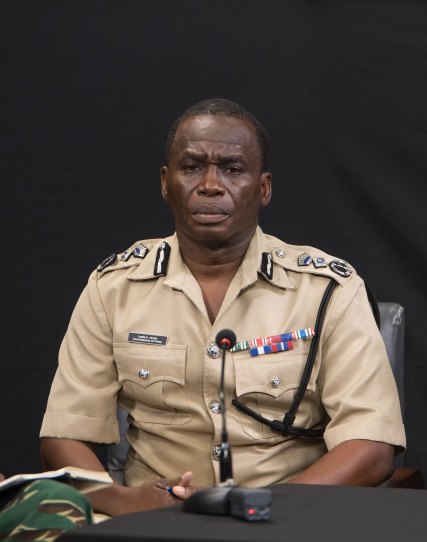 Commissioner James stated that immigration officers who man those ports of entry have to wear protective gloves and face masks and use sanitizers since they have to interact with passengers.

“Their initial interaction will be with the port health officer and then with the passengers and after each transaction, the rank will then again sanitize their hands,” he stated.

The Commissioner also noted that the Force has increased its presence to mitigate “persons seeking to use the backtrack route in region six.”

Steps are also being taken to reduce the congregation of police officers since the force is a par military organization.

“We have minimised large congregations. As you would know, in line with post-elections we have been maintaining this posture. All ranks are urged not to congregate in large numbers and to continuously sanitize their hands,” he stated.

Appealing to the public the Top Cop stressed “COVID-19 is real, it is not imaginary… there is no known cure to date and persons should take all precautionary measures.”