The Guyana Power and Light (GPL) Corporation said it is assessing data to determine what went wrong with its Demerara system even as it assures that power outages will not run in to the holiday season.

Acting Chief Executive Officer of GPL, Renford Homer, told the Government Information Agency (GINA), that this is the first disruption in the Kingston to Sophia transmission line since it was commissioned in 2014. 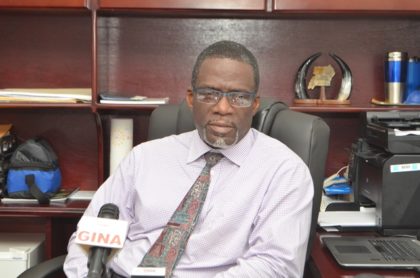 Homer says maintenance will take a while but would be completed in time for the high demand of the holiday season. “We have completed the inspection. We have not yet done the maintenance because it means taking the line fully out of operation and it will affect consumers in a significant way and we’re trying to balance that discomfort. We have to have it completed before we head into the Christmas season,” Homer said.

The acting CEO pointed out that the power company would be looking at newer controls and technologies that could further assist in identifying the issues. In the interim, the company is assessing data to better understand what went wrong. “We are looking at the data coming out from our Kingston facility and data captured through our Supervisory Control and Data Acquisition system known as SCAD and we are looking at a number of perimeters,” he said.

According to Homer, works have already started on the radiator while corrective works on the cylinder will be undertaken soon to bring the generator back into operation.”

Homer said that the recent lengthy power outages in the area are frustrating and unfortunate. He said that extensive maintenance works are required to get the 15 year old Caterpillar set up and running until Bartica can switch to green energy.

“There are plans for Bartica and this is ahead of the plans for green energy and what we expect to do for Bartica. We will have a brand new 1.7 megawatts set installed. We are currently in that procurement process. What that would do is bring some level of generation stability to Bartica,” Homer explained.

In the interim the power company is utilizing all its resources to maintain the generators to supply adequate supply to meet the demand.

In Anna Regina, the mechanics are working on the generator sets to bring relief. Homer said the power company will ensure that all Guyanese benefit from proper distribution during the Christmas holidays.