CDC’s Senior Response Officer, Captain Salim October explained that due to a flood report received on Saturday the Commission conducted an assessment of the area and shared the essential items. 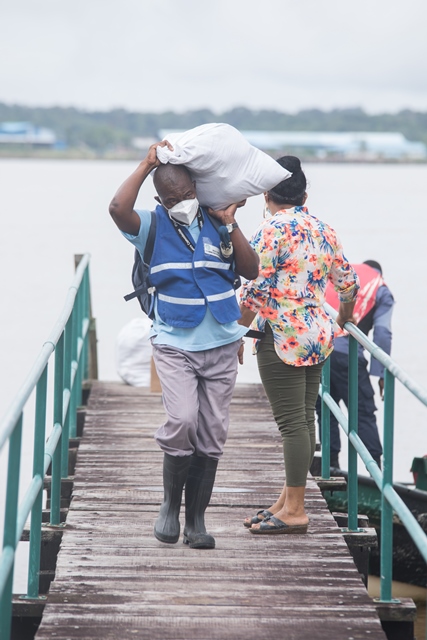 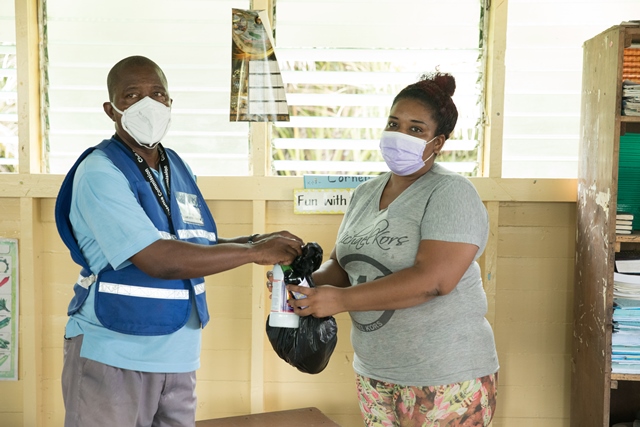 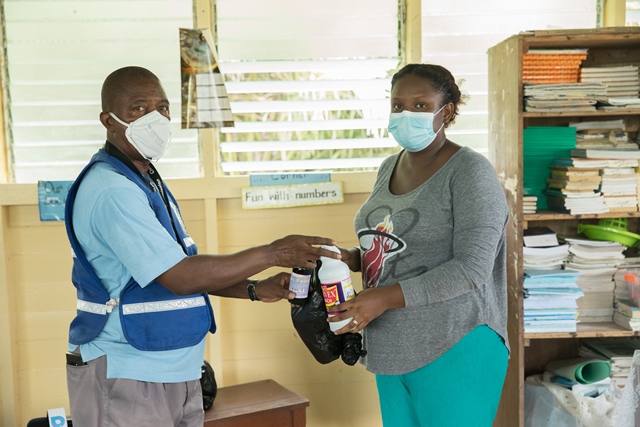 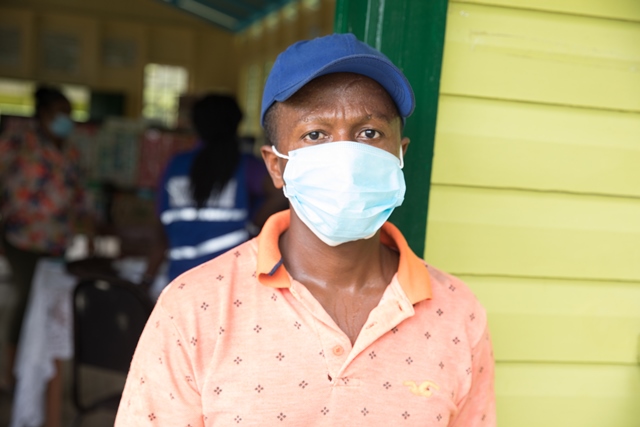 Farmer, Nigel Stephen chatting with the Department of Public Information.

“This was a collaboration between the Guyana Police Force representative who was in contact with members of the island. Based on that collaboration the CDC was contacted by the Police and we were able to follow up directly with the residents on the island,” Captain October told DPI.

Following the assessment, the Captain disclosed that 28 households and approximately 20 farms were severely impacted by the overflow. He said the residents’ challenges were also documented.

Extending gratitude to the CDC, Ms. Berelle Wallis said “I am so happy that they came and saw the needs of the villagers and to have a firsthand experience of the community”.

Plantain farmer, Nigel Stephen explained that the recent springtide posed major challenges to his crop. “It was out of control. Instead of using one set of fertilisers, we actually had to go and get another set just to get a good crop.”

Mr. Stephen said he is thankful for the assistance and pleaded for the initiative to be a continuous one.

Another farmer, Ms. Shereena Sue said the recent flood experienced was “terrible.” Though happy to receive her supplies, the woman recalled the high level of water she braved.

“It flooded our yard and affected us a great lot. We plant eddoes, pumpkins and other cash crops, and the springtide came so high that it ran over the dams and even broke the koker,” Ms. Sue relayed.

She called for any possible assistance for farmers residing on the island.