Today, Minister of Foreign Affairs, Carl Greenidge and Chinese Ambassador to Guyana, Cui Jainchun, signed a Memorandum Of Understanding (MOU) within the framework of China’s Silk Road Economic Belt and the 21st century Maritime Silk Road, more commonly referred to as the Belt and Road Initiative.

The signing was done at the Chinese embassy in the presence of President David Granger, Prime Minister Moses Nagamootoo and Ministers of Government.

The MOU makes provision for cooperation in the areas of policy coordination, facilities connectivity, trade and investment, finance and integration, and people to people interaction.

“One of our main priorities at this point in time is to work on the development of infrastructure and that would include assistance with the design, whether it is with roads, harbour and the like, as well as access to funding for the construction of such facilities,” Minister Greenidge said. 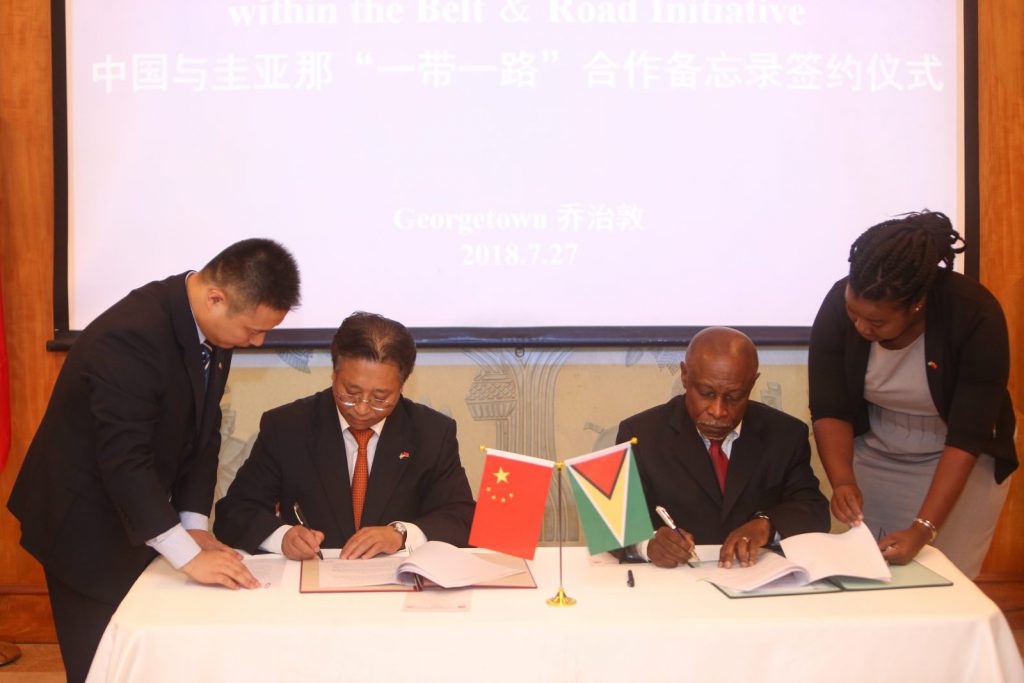 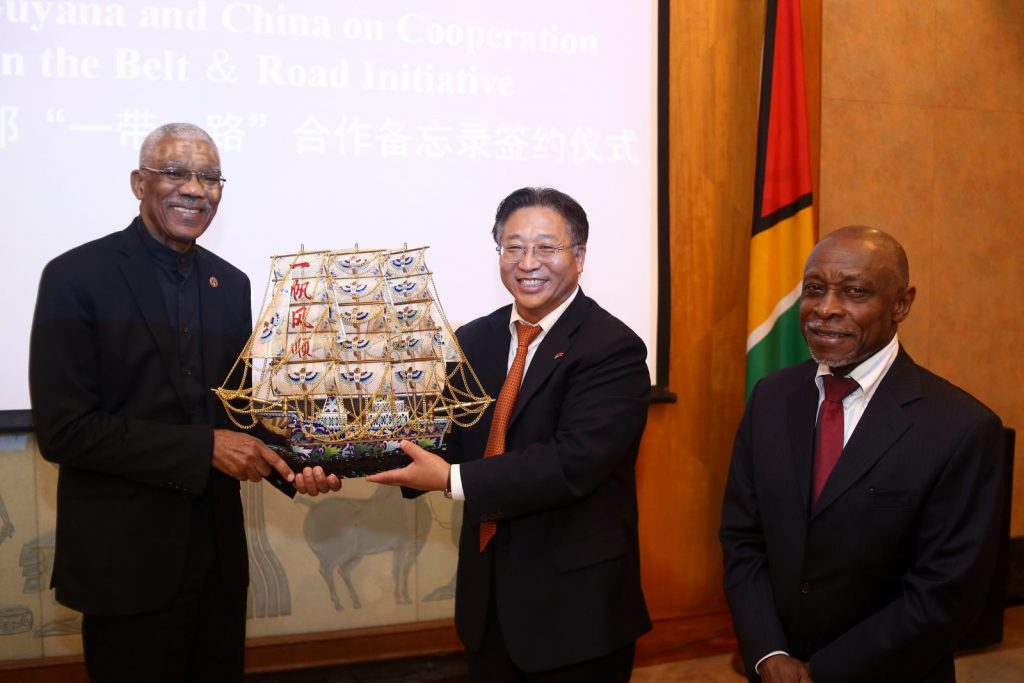 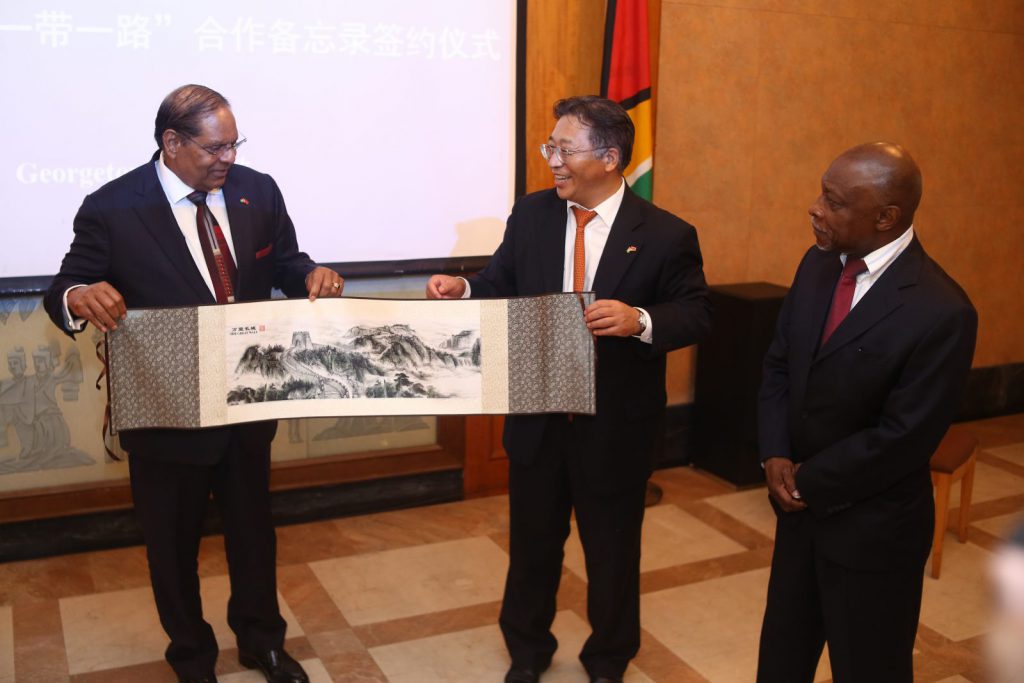 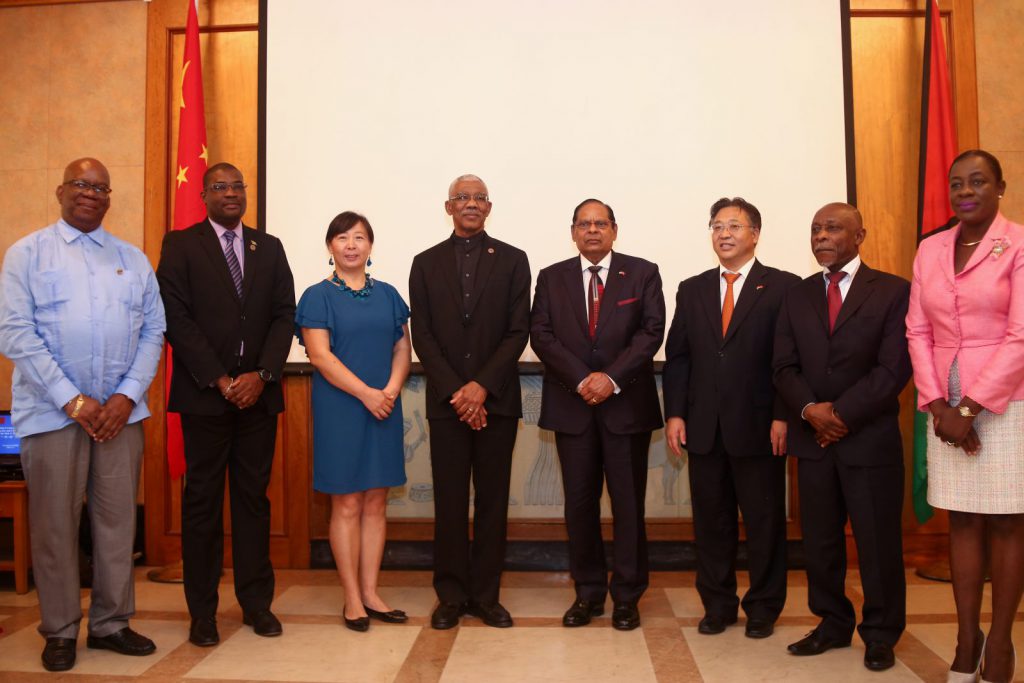 Guyana is the first South American country to cooperate with China under its Belt and Road Initiative. Today also marks the 46th anniversary of diplomatic relations between Guyana and China. Ambassador Cui says it is a promising chapter to a new partnership. “We are confident that we will bring tangible benefits to our two countries and two peoples.”

The Belt and Road Initiative was introduced by China’s President Xi Jinping in 2013. The massive trade and infrastructure investment project entails cooperation between China and more than 70 countries. The Belt seeks to recreate the old silk routes which connected China to the West through Europe and Africa. The road aspect is the strengthening of maritime routes.

Following today’s signing, Guyana and China will establish a framework to identify projects under the areas of cooperation.