(July 17, 2019) – The United Nations Educational, Scientific and Cultural Organization (UNESCO) in collaboration with the Caribbean Community (CARICOM) is hosting a Regional Consultations on Developing Standards for the Teaching Profession in Latin America and the Caribbean Region.

The two-day consultation began today at the Arthur Chung Convention Centre with several presentations from educators, Ministers of Government, CARICOM and UNESCO Representatives.

Representing the Ministry of Education was the Chief Education Officer, Dr. Marcel Hutson who said that the establishment of standards for the teaching profession is a timely idea. He said that it is needed for the transformation of the education sector.

He said that when schools need to be improved, the role of school leaders is important. According to Dr. Hutson, the gaps that exist will not exist as those leaders apply themselves. 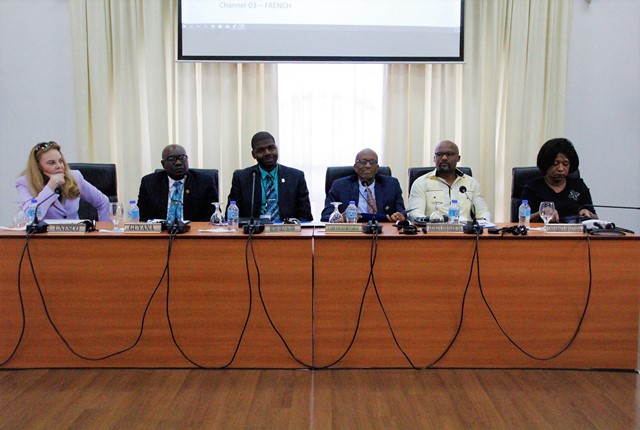 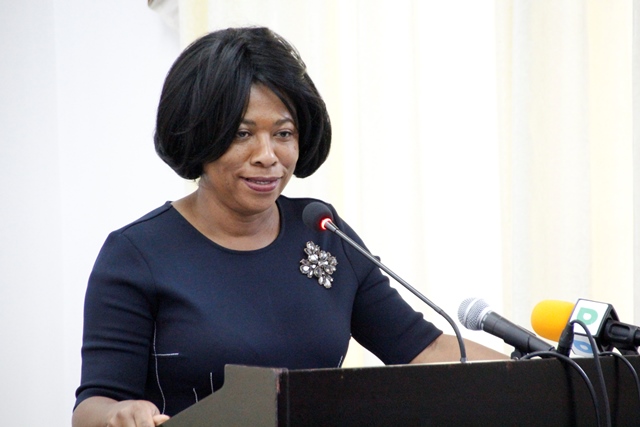 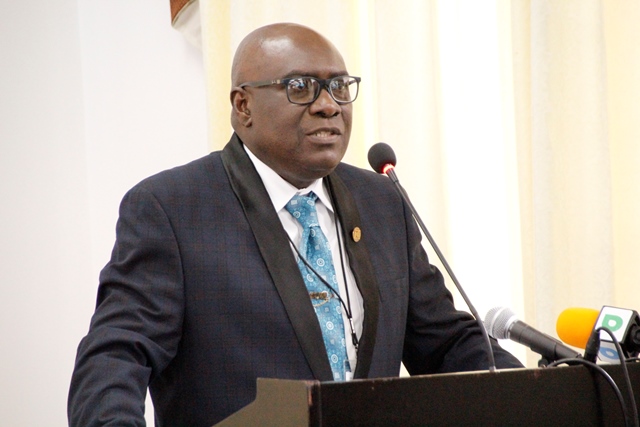 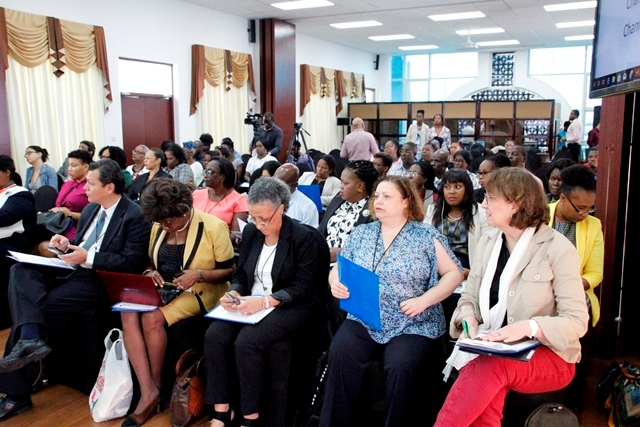 Participants of the Regional Consultation exercise

Speaking on the work done by the Ministry of Education, the CEO said that some improvement has been made in the Secondary Education Improvement Project as it relates to the development of a teacher appraisal instrument.

Assistant Secretary-General for Human and Social Development at CARICOM, Dr. Douglas Slater said that what is being done now is timely and it is an acknowledgement of challenges not only in education but in sustainable development.

He said that standards for teaching are important to hold governments accountable for the education sector as well since standards used can be used to measure outcomes based on the investment.

The keynote speaker at today’s opening was Deputy Vice-Chancellor – Planning and International Engagement of the University of Guyana, Dr. Barbara Reynolds.

In her presentation, she made the point that psychology for teaching is critical. She said that during the consultation the role of the participants is to think about equipping teachers, not necessarily with standards that are external to their context but that will help teachers to help the child to be what they want to be, to teach the child how to learn and how to live with each other.

Minister of Education, Science and Technology – Antigua and Barbuda, Hon. Michael S Browne centered his presentation on three pillars, context, content and continuous assessment. He said that technology has evolved where it can make education more fruitful.

He said that as it relates to context, the purpose of what is being taught and to whom. Minister Browne noted that context tools are key to helping students learn, while continuous assessment would inform educators about why they have been teaching.

Hon. Natalio Wheatley, Minister of Education, Culture, Youth Affairs, Fisheries and Agriculture – British Virgin Islands said that it is important to set a high threshold for those wishing to enter the profession.

According to the BVI Minister of Education, this is just one way of evaluating teachers and would not be used as a punitive measure but rather as a means of offering help to teachers. He said that teachers need support now more than ever.

Meanwhile, Ms. Katherine Grigsby, Director UNESCO Office in Kingston said that due to globalisation, technology has influenced how students gather information and interact.

She said that CARICOM has an important role in streamlining teaching standards. According to the UNESCO official, the framework that is to be developed over the two days should be inspirational rather than instructive.

The meeting is being held as part of UNESCO and the International Task Force on Teachers for Education 2030 and Education International’s efforts to build a framework of guidance to support governments and teacher organisations to: