Guyana is aiming is to be fully digital by 2020.

A Road Map has been developed that will aid Terrestrial Television Broadcasters to transition from Analogue to Digital Terrestrial Broadcasting in Guyana. At the opening of one-day consultation/ workshop session at the Guyana Police Force Training Centre, Camp Street, Minister of Public Telecommunications, Catherine Hughes told broadcast station operators that the transition process has to be a collaborative effort. 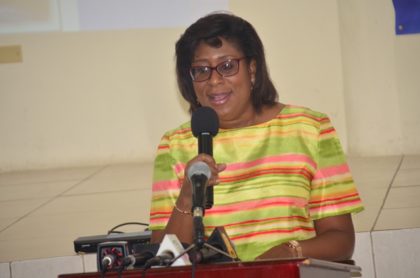 She noted that Guyana needs to prepare and change, “if not they will be left behind and that is what we are talking about. How is it we can embrace new technology? How we plan for the inevitable change that is required?”, Minister Hughes said.

The Minister added that many countries, such as Suriname, have already made the transition to Digital Terrestrial Television (DTT). The Minister said, “There is no question as to how we have to or the direction we have to move in. The issue is how can we plan for it? How can we discuss the changes in business models in technology and how we can move as a unify productive sector forward?”

Managing Director of the National Frequency Management Unit (NFMU), Valmikki Singh explained that the process is at the implementation stage. He explained that this was the first of many consultations sessions with operators.  Singh further explained that the Roadmap is one that will enable operators to move forward and manage the complex process for the transition, as well the short and long terms goals. 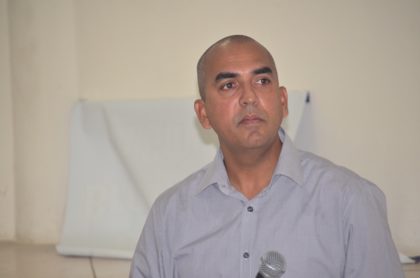 Presentations were also made by Chairman of the Guyana National Broadcasting Authority (GNBA), on ‘Social Responsibility of Broadcasters’, and Ministerial Advisor to the Ministry of Public Telecommunications, Enrico Woolford on the ‘Creation of New and Improved Business Models’.

The International Telecommunications Union has published guidelines for the transition from analogue to digital broadcasting. The ITU is assisting several countries including Guyana, to develop national plans for this transition.

The project for Guyana was funded by the Republic of South Korea. ITU Consultant Dr. Andrews Navarro aided in the preparation of the road map. 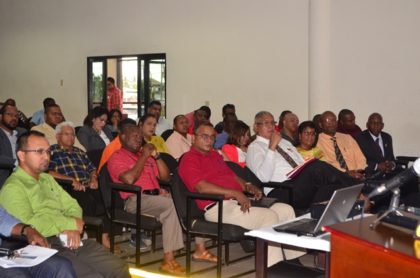 Some of the broadcasting station operators that participated in the Consultation/Workshop.