Minister within the Ministry of Social Protection, with responsibility for Labour, Keith Scott, earlier today welcomed a group of visiting directors of the Caribbean Confederation of Credit Unions (CCCU).

During his interaction with the visiting group, at his Office on Brickdam, Minister Scott said that the government recognizes the need for the revitalization of the credit unions in Guyana and as such:

“We are taking the necessary steps to have our unions back on stream.” 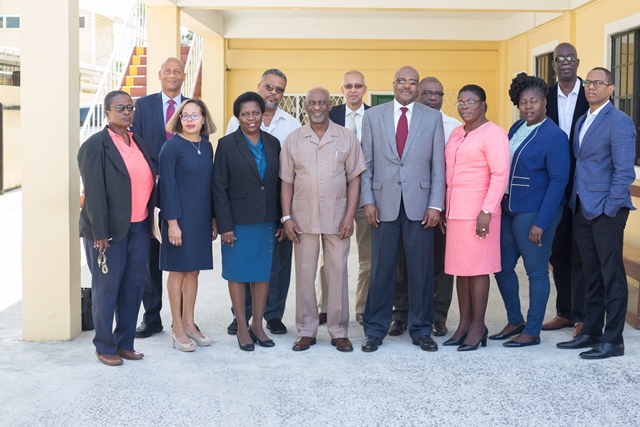 Additionally, the minister pointed out that while steps are being taken to have the credit unions become viable again, some of the existing laws will have to be changed. He assured the group that the government, through the Department of Labour, will be working closely with them in the future on the procedures needed.

The Members of the Board of Directors of the Caribbean Confederation of Credit Unions (CCCU) paid a courtesy visit on Minister to discuss the way forward for the revitalization of credit unions in Guyana.

The CCCU’s President, Winston Fletcher from Jamaica, explained that the group is in Guyana for their quarterly board meeting. He said that he recognizes that Guyana is presently taking steps to ‘bring back’ credible credit unions.

He also said that only 1 per cent of Guyana’s population are members of any credit union and, as such, believes that a national public relations campaign is needed to educate Guyanese on the benefits of credit unions.

Fletcher acknowledged Minister Scott for allowing the group to share their views and recommendations on the way forward for Guyana’s revitalisation credit unions.