Over thirty healthcare professionals attached to the Guyana Medical Mission (GMM) who arrived in Guyana on November 1, are conducting a week of medical outreaches.

GMM is a group of dedicated medical professionals who travel to the Caribbean and Guyana annually to bring healthcare services to the citizens. The group of 39 health professionals from the GMM in conjunction with the Caribbean Medical Mission, includes 11 medical doctors along with 18 clinic staff including professional nurses and assistants and 10 surgeons. 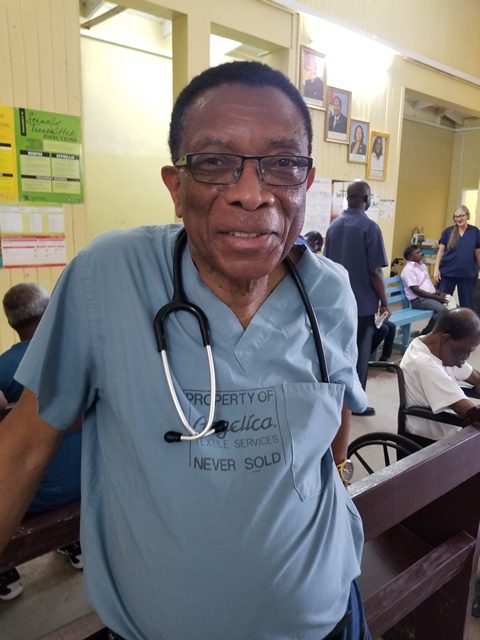 Doctor in charge of the team, Dr. Cort James. 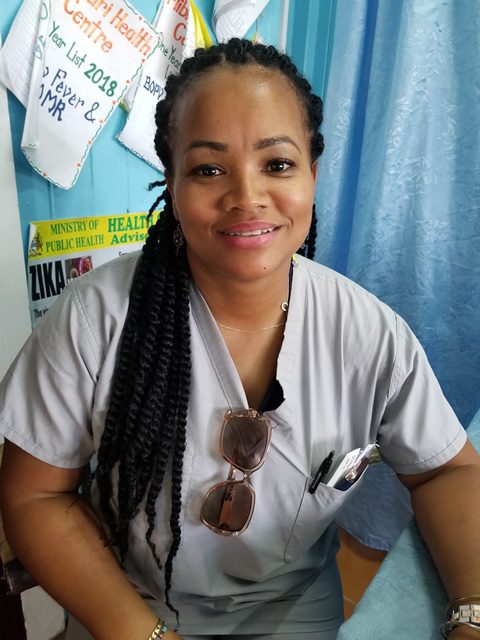 One of the nurses attached to the mission. 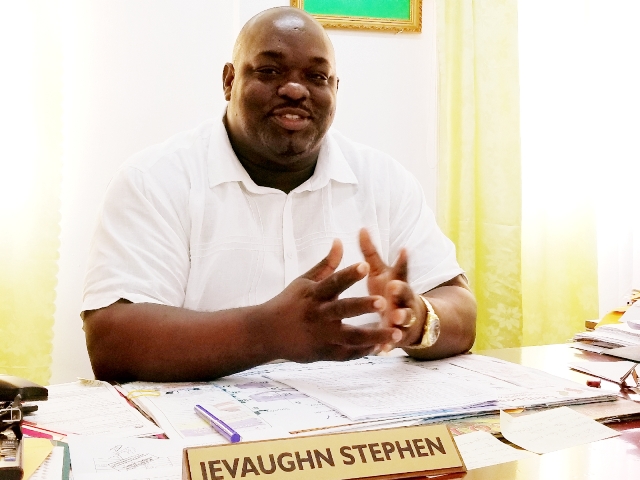 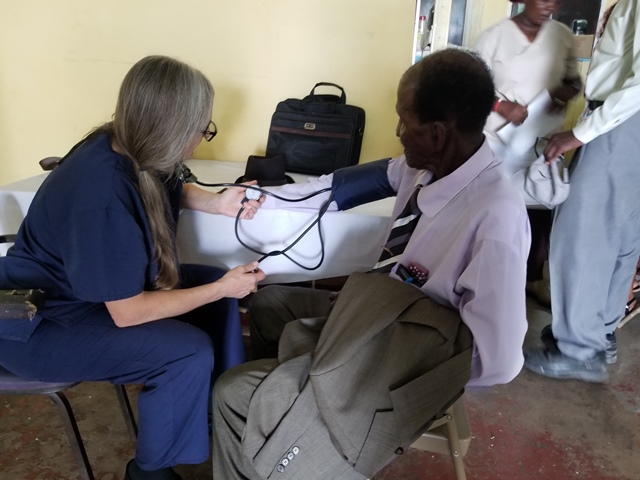 Spokesperson of the Guyana Medical Mission, Sharon London attending to one of the residents.

The Mission’s spokesperson Sharon London, who is also a nurse, disclosed that this year’s outreach is expected to provide services to six communities in Guyana. They will be visiting Liverpool on the Corentyne, Belladrum on the West Coast of Berbice, Mahaica, Buxton, and Enmore on the East Coast of Demerara. Mibicuri was an additional location listed for 2018.

The outreach, which commenced on Saturday, November 03, was hosted at the Mibicuri Cottage Hospital, Black Bush Polder East Berbice Corentyne for the very first time, then moved to the Fyrish Village health centre on November 4. The group of medical professionals attended to over 60 patients at the Mibicuri Cottage Hospital and saw over 200 persons from Fyrish and the surrounding communities.

According to Doctor Ezema James, one of the medical professionals attached to the team, most patients were being treated for diabetes, kidney disease, and arthritis. Persons also received blood pressure, cholesterol, and eye tests. The team also provided three months’ worth of free medications for their patients.

The Director of Regional Health Services, East Berbice-Corentyne, Jevaughn Andrew Stephen noted his satisfaction with the outreaches hosted by GMM. Stephen said all three of the region’s medical theatres are functioning and can accommodate the approximately 50 surgeries scheduled to be conducted by the professional surgeons attached to the medical mission. Several Mibicuri residents expressed their satisfaction with the treatment they received from the GMM.

The Guyana Medical Mission was founded in 1996 by six physicians and three nurses, with the aim of treating underprivileged people in the Caribbean. They have made several trips to Guyana over the past decade.

According to the head of the Guyana Medical Mission, Dr. James Cort, he looks forward each year to dedicating his service to the citizens of Guyana.