Guyana remains committed to the Minamata Convention on Mercury

In maintaining Guyana’s momentum and reaffirming the country’s global commitment to the achievement of the objectives of the Minamata Convention, a seven-member Guyanese delegation is currently attending the third meeting of the Conference of the Parties to the Minamata Conference on Mercury (COP 3) in Geneva, Switzerland from November 25-29, 2019. 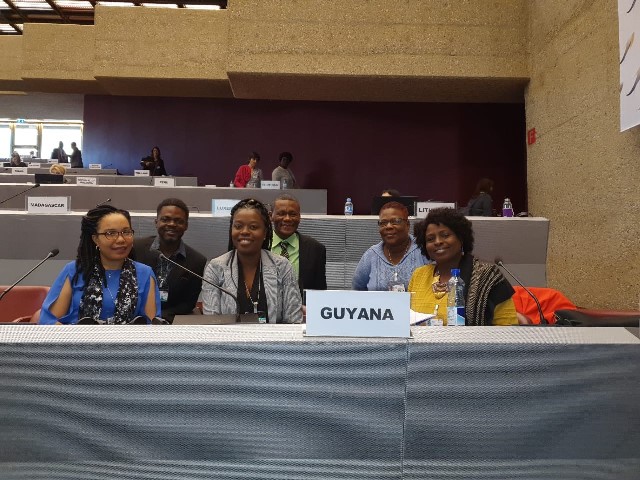 Over the five- day period, the delegation will participate in the Plenary and Contact Group discussions for the adoption of articles and agenda items aimed towards the phasing out and elimination, where feasible, of the use of mercury in all activities. For Guyana, specific focus is placed on the Artisanal Small-Scale Gold Mining (ASGM) sector. Guyana will be participating in the planet Gold ASGM and the African Group Dental Amalgam events as a panelist and the Basel Convention Regional Centre for the Caribbean side event on Managing Mercury in the Caribbean.

Guyana signed and ratified the Minamata Convention on Mercury in October, 2013 and in September, 2014, respectively. The Minamata Convention is an international treaty designed to protect human health and the environment from anthropogenic emissions and releases of mercury and its compounds. The country have recently commenced the development of the National Action Plan for the Artisanal Small-Scale Gold Mining Sector project with an Inception Workshop on November 5, 2019. The project is developed through funding from the Global Environment Facility and with technical support from UN Environment and co-executed by the Ministry of Natural Resources and the Basel Convention Regional Centre for the Caribbean.