Local stakeholders in the fight to combat HIV/AIDS have set a new target to end the epidemic by 2030. The path to achieving this will be outlined in a new National Strategic Plan to end AIDS 2021-2025.

The strategy will, among other things, seek to scale up efforts to achieve a new 95 percent target of ensuring more persons know their status, access treatment and if positive achieve viral suppression by 2025.

On Tuesday consultations began on the drafting of the plan at the Ocean View Conference Centre and engaged a wide cross-section of stakeholders including those from the private sector, faith-based organisations and civil society among others. 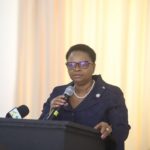 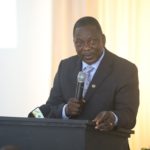 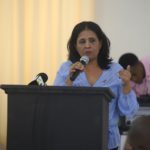 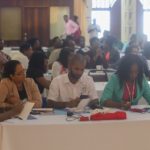 Some of the stakeholders who were engaged in the launching of consultations to draft the strategic plan.

In her remarks, the Minister of Public Health, Volda Lawrence noted that Guyana has made many notable achievements towards ending the AIDS epidemic. This she said was made possible through collaboration with stakeholders who do much of the groundwork.

“Some of the milestones include adopting combination prevention, introduction of Pre-exposure Prophylaxis – an HIV treatment through a private-public partnership with private physicians and we will certainly extend that, extended clinic hours at the country’s largest treatment site, piloting of social contracting, achieving universal coverage for HIV testing among pregnant mothers, the gradual scale-up of index testing and provider-initiated testing and provision of more potent HIV medicines.”

While these achievements are worthy of mention Minister Lawrence suggested that the new strategic plan needs to be more targeted. She highlighted some of the challenges to be considered during the drafting, including ensuring HIV positive persons stay on treatment and attain viral suppression,

“There should be increased local partnerships between line ministries and private sectors in particular… a firm stance against stigma and discrimination, awareness among young people and the key population… prevention programme for persons at a higher risk of HIV/AIDS and also seek to migrant health and men’s health.”

PANCAP Representative, Dr. Shanti Singh embraced the successes of the current strategic plan which is in its final year. Throughout the 2013-2020 strategic plan, much had been achieved by the Ministry of Public Health regarding the 90/90/90 goal towards ending the AIDS epidemic.

“I congratulate Guyana on two high-level achievements that I have observed in the global AIDS monitoring report the first one is that Guyana is the only country in the Caribbean that has achieved the first 90 of people knowing their HIV status… the second achievement which is significant as well is that Guyana is among the few countries in the region that is on its way to achieving the second 90 (which is ensuring 90 percent of the first 90 is on Antiretroviral Therapy),” Dr. Singh stated.

In the new National Strategic Plan, the focus will be placed particularly on targeting the youth population and redesigning service intervention to meet the setout targets