Guyana is poised to tap into Central American markets after signing a trade and other agreements’ memorandum with Belize. 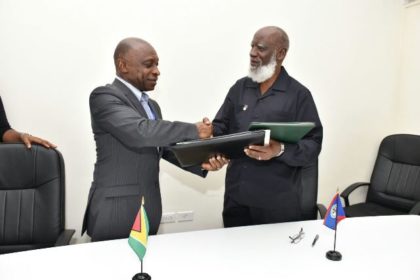 Greenidge, after the signing of the agreements at the conference, noted that Guyana stand to benefit significantly in a lot of sectors. The country, he added, is looking forward, particularly to joint projects, “So we can engage in joint production, we can take advantage of marketing, whether it’s in tourism or services. We can take advantage of different labour costs all of those things,” Greenidge told the local media.

Through this arrangement, Guyana has the advantage to tap into Central American markets. Belize is a member of the Central American Immigration Movement. “If you’re doing business in Belize…goods that are produced can also be sold in those markets,” Minister Elrington pointed out.

The Belizean Foreign Affairs Minister noted that their neighbours, namely Mexico and Guatemala provide larger, readily available markets for products that come out of the agreement. “Production between Belize and Guyana can have ready markets into Central America, as well with preferential treatment,” Elrington noted.

Minister Elrington said he is looking forward to the expansion of education opportunities between the two countries. Elrington noted that a significant number of Belizeans currently study in Guyana, and he would like to see a similar reflection in Belize. 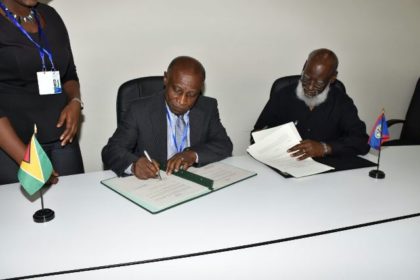 The agreement will see the establishment of a joint commission that is tasked with ensuring the agreement is carried out as stated. The agreement is wide-ranging and will also seek to establish cooperation between the two countries in the areas of tourism, energy, marine affairs, sports, and security.

Guyana and Belize have shared long standing bilateral agreements. This agreement seeks to facilitate trade and investment for the two countries’ sustainable development.