Guyana’s economic growth projected to be in double digits

— as Government continues fight against COVID-19

Minister of Finance, Hon. Winston Jordan says Guyana’s GDP is projected to have what could be its “best-ever growth rate,” despite the effects of the COVID-19 pandemic.

Speaking to DPI via Zoom, from his office on Friday, the minister noted: “That [growth rate] varies roughly from 52 percent in the case of the World Bank/IDB’s estimate to as much as 60 percent in other circles.” 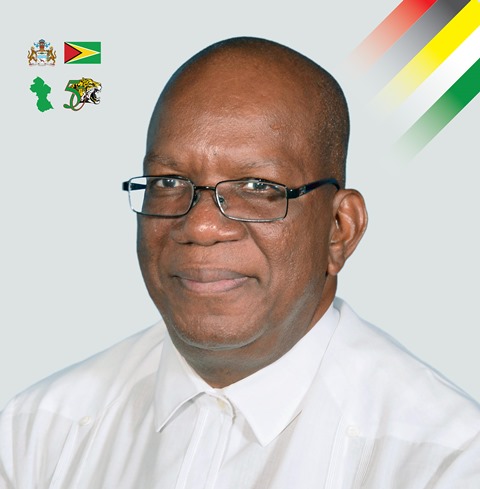 “These are fluid estimates and are based on how we see things playing out towards the end of the year. However, we will enjoy, easily the best growth rate, in our recent history,” he said.

Minister Jordan credited the projected GDP expansion to the oil and gas sector and related activities.

Only Guyana and the Dominican Republic are expected to show positive growth in 2020, according to international financial agencies.

Referencing possible stimulus for some within the business sector, especially smaller operations, Minister Jordan explained that the government is currently focused on garnering resources to fight the pandemic.

“However, once we can get past this hurdle, then the issue of a stimulus package, looking at the economy post-COVID, will receive our attention in a more studied manner.”

The establishment of an expanded database of the vulnerable will be used to guide further interventions the minister explained.

That initiative, which was recently announced by the Ministry of the Presidency; will now include those who were laid-off, furloughed, lost significant income, the self-employed, itinerant vendors, shut-ins, seniors, and the aged.

The finance minister pointed out that measures such as the removal of Value Added Tax (VAT) on local airfares, electricity, and reduced fuel prices were just a few initiated by the government to ease the financial burden across the board at this time.

Regular expenditure such as public service salaries will also continue, he stated.

“Other countries bigger than us are slashing salaries by half. We are committed that we are not going down that road so we’ll have to find monies to pay.”

Concerning the resources being put towards the effort to stop the spread of the novel coronavirus, the finance minister said:

“We have had to open centres to receive these different cases. The biggest one being at the Oceanview Hotel and Convention Centre. Retrofitting that facility will cost us over $1Billion. That will exclude running costs once it is operational.”

Other facilities have also been earmarked as possible sites including the the National Gymnasium, the Cliff Anderson Sports Hall, and the building in the former Guyana Broadcasting Corporation compound.

Minister Jordan added that more funds would be sourced to ensure front-line health care professionals are taken care off, with gear and financially.

The country’s 4.7 percent GDP growth in 2019 was the APNU+AFC government’s best performance for its initial first five years. That was achieved despite challenges such as the no-confidence motion and stagnation of several traditional money earning sectors.