For small and developing states sometimes referred to as less developed states, interaction with other nation states is necessary. For a small developing country like Guyana, such interaction is important to development, and brings with it much needed technical cooperation assistance to execute developmental projects, funding, and more importantly it places Guyana in a position to be considered when making decisions on issues that affect it. 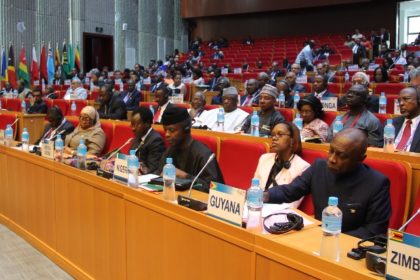 The ACP Group consists of 79 member states, all of them, save Cuba, signatories to the Cotonou Agreement which binds them to the European Union: 48 countries from Sub-Saharan Africa, 16 from the Caribbean and 15 from the Pacific.

The ACP group was established by a 1975 Agreement signed in Georgetown, commonly referred to as the 1975 Georgetown Agreement. Coordinating cooperation between its members and the European Union (EU) was the creating aim. However, cooperation among its members now covers a variety of fields spanning trade, economics, politics and culture in numerous international fora.

Guyana recently participated in the Eighth Summit of Heads of Government/ State held in Port Moresby, Papua, New Guinea where the future of the group dominated discussions. The group committed to continue working with the EU on issues pertaining to the enhancement of development and the reduction of poverty.  Additionally, the future will see the group forging new partnerships in keeping with their focus on trade, technology related issues and political dialogue.  The political dialogues will focus on identifying financing mechanisms along with the establishing of a trust fund for the work of the group so that they would no longer depend heavily upon EU in the future.

In determining the way forward for the group, it was agreed that there was an urgent need to restructure the Secretariat and its institutions. This restructuring will see the addition of a Conference of Foreign Ministers along with Ministers of Finance and Central Banks’ meetings which will feed the process for greater integration and participation of members. An advisory body will be included to reinforce and strengthen the work of the Secretariat at a high technical level offering guidance as regards best practices to the Secretary General. 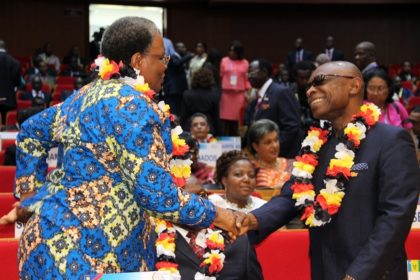 Guyana, represented by Carl Greenidge, Minister of Foreign Affairs and second Vice President, successfully lobbied for a review of the role of the Committee of Ambassadors to regularise their involvement in the work of the Secretariat.

Recognising the importance of both the ACP and CARICOM to its development, Minister Greenidge also successfully lobbied for the presence of Chief Olusegun Obasanjo, former Nigerian President and current Chairman of the ACP Eminent Persons’ Group at the CARICOM Heads of Government/ State Summit. Chief Obasanjo’s presence at such a high-level regional meeting will provide additional support, advice and assistance to Caricom countries regarding the role they play in the future of the ACP group. However CARICOM heads first have to agree then decide at an appropriate session.

At a time when the ACP group is crafting a path for the future, CARICOM has to clearly state the kind of role they hope to play in the group.

The ACP Parliamentary Assembly is a muster of parliamentarians who represent their country at this level. Some countries have representatives both from the governing side and the opposition.

ACP Parliamentarians meet with the EU parliamentarians to debate and decide on a range of issues which directly affects their respective countries. The Parliamentary Assembly is important to its members especially small countries like Guyana because in the EU context, the parliamentarians act as expeditors.  This means that they seek to debate decisions and have them implemented swiftly and the necessary financial and technical resources being released for it to happen.

Guyana would have utilised their presence at recent Parliamentary Assembly sessions to canvas support against recent manoeuvers by Venezuela. Guyana presented an update on the Guyana-Venezuela border situation along with a resolution, which was adopted by the ministers with Council first at the ACP Parliamentary Assembly.  This saw a resolution being proposed, and submitted for discussion and approval at the joint parliamentary (ACP-EU) Assembly.

Guyana successfully lobbied a proposal at the Council of Ministers which was accepted as a declaration which expresses concern over Venezuela’s actions which could not be seen as peaceful. The declaration also called upon Venezuela and Guyana to remember obligations under the 1966 Geneva agreement and the 1899 arbitral award, and urged respect for each other’s sovereignty and territorial integrity and adherence to international law.

The ACS group is an initiative aimed at building upon geographic closeness and historical linkages.  As enunciated in its establishing convention, its primary purpose is to be an organisation for consultation, cooperation and concerted action for its member countries.

This means that members of this group have at its disposal a forum for political dialogue that allows members the opportunity to identify areas of common interest and concern that may be addressed at the regional level, and the solutions for which can be found through cooperation.

Guyana participated at the recent Heads Summit held in Cuba and will benefit from proposals made to enhance understanding and cooperation in global warming. This is in keeping with the administration’s drive to realise a Green Economy and implement the use of renewable energy resources.

The Summit saw extensive discussions on the COP21 outcome and climate change and global warming issues faced by member states. Specific attention was also placed on the Pacific where global warming and fishing without regard to the rules as nets and forms of capture rampantly exist.

President David Granger sounded a call for peace and security to remain a pillar throughout the region as such within the context of regional peace and security, significant time was spent discussing Venezuela and the effects of the current internal crisis they face. The discussion on Venezuela was seen as beneficial for Guyana, serving a two-fold purpose of first raising support for this country against threats made by Venezuela, and the group coming to a consensus to provide help for the crisis Venezuela faces. 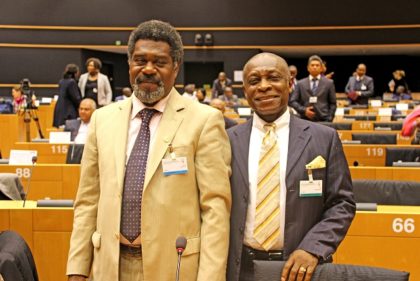 The Plenary of the ACS saw members embracing an OAS Declaration of the Permanent Council on Venezuela.  This declaration is a commitment to assist Venezuela by finding solutions to its problem via facilitating internal political dialogue among stakeholders.  Additionally, the declaration will support dialogue in order to find alternatives to promote political stability, social development and economic recovery.

The 46th Regular Session of the OAS General Assembly was held in Dominican Republic from June 13-15.  A number of political issues were raised along with issues pertaining to border controversy.

Guyana used this forum to raise awareness of actions and activities that pose a threat to peace and stability. An explanation was sought from Venezuela as to why they opened fire on Guyanese officials travelling on a marked boat on a section of the river belonging to Guyana.

As Guyana continues to push for the economic, social and political advancement of their country, diplomatic efforts will increase to strengthen its position on the international sphere.