Guyanese abroad who have contacted Guyana’s embassies and consulates signalling intentions to return home have been assured of prioritised arrival once local airports reopen.

This was assurance was given by the Minister of Public Infrastructure Hon. David Patterson whilst speaking to DPI over the weekend.

The Minister stated that currently, Guyana cannot handle an influx of persons as it grapples with limited quarantine facilities. 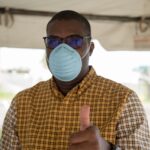 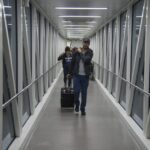 He empathised with citizens abroad, particularly those serving aboard ships who want to return. The Minister said the Government, has no objection to the return of citizens, but it is not feasible.

“They want to get home. That is their right, but can we afford to bring back 200 persons at the moment? Health [Ministry] has said no, they cannot. It is too much for us because every person that you come into contact with, exponentially increases the risk of the virus,” he explained.

It was further noted while the Ministry of Public Health advised there be no more than 30 passengers per plane en route to Guyana, commercial airlines find it difficult to compensate for the accrued financial losses.

Nevertheless, Minister Patterson said the Government will prioritise the arrival of its citizens who have contacted the Guyana embassies and consulates once clearance has been given for international travel to resume.

Since the initial closure of Guyana’s airports to international travel at midnight on March 18, Government has facilitated the return of citizens on a March 18 chartered flight.