According to a post on the company’s Facebook page, the team who hail from Warapoka Village, the East Bank Demerara, the East Coast Demerara, and Georgetown had recently cross-trained in Subsea Robotics and Offshore Safety and worked onboard the DOF Subsea Skandi Neptune vessel in support of Saipem’s Subsea Tie-Back Campaign. 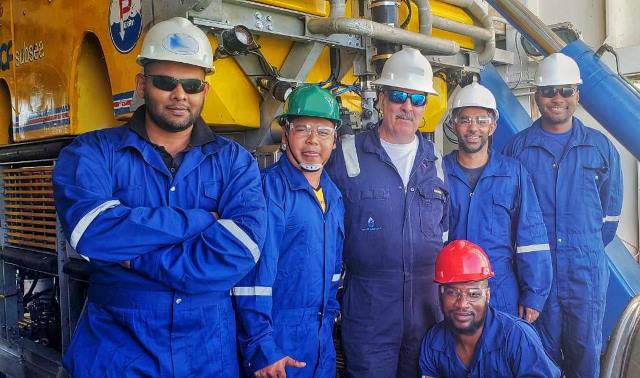 It noted that the subsea personnel development programme for Guyana was modelled after the company implemented a similar programme in Trinidad over the last decade.

“Our commitment to this group of talented engineers has been met with very positive feedback from the industry. We were able to leverage the competence of our existing Subsea Team in the development of their Guyanese counterparts,” Galt said.

He further noted that in light of the global pandemic, their “Guyanese and Trinidadian ROV Personnel are in a great position to support the current offshore operations of subsea contractors offshore Guyana, which are facing challenges due to COVID-19 Quarantines and Travel Logistics Issues.”