The Hague Choice of Law Principles as applied to commercial contracts provide international investors with legal certainty and the option of choosing the laws that can be determined in the event of a dispute.

Participants of the Hague Convention Conference held at the Pegasus hotel, and which came to an end today, were so informed at the final presentation which dealt with the Hague Choice of Law Principles. This was related by Professor Theophilus Ferguson of the University of Guyana, this afternoon.

When parties enter into a contract that has connections with more than one States, the question of which set of legal rules governs the transaction arises. The answer to this question is obviously important to a court or arbitral tribunal that must resolve a dispute between the parties, but it is also important for the parties themselves, in planning the transaction and performing the contract, to know the set of rules that governs their obligations.

The preamble of Principles on the Choice of Law in International Commercial Contracts that was approved in 2015, indicates the aim of the Principles is to reinforce party autonomy and ensure that the law chosen by the parties has the widest scope of application, subject to clearly defined limits.

Professor Ferguson during his presentation stated when parties speak of private international contracts, they speak of contracts that have connections in more than one states, specifically cross- border.

He added that in pleading and proving that law in the Caribbean that can be quite expensive. For example, to secure an expert to articulate the content, you first have to find such an expert then have him or her attend proceedings. “This can be very strenuous to the administration of justice,” he stated. 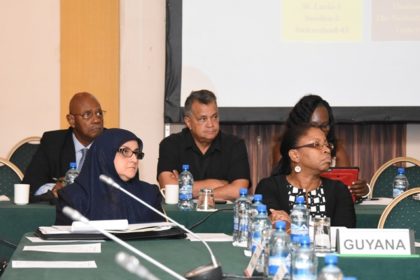 A section of the participants gathered for the Hague Convention Conference on International Family Law, Legal Cooperation and Commerce: Promoting Human Rights and cross-border Trade in the Caribbean through the Hague Conference Conventions

Adding to Professor Ferguson’s presentation, Ignacio Goicoechea, Director for Latin American Office of the Hague Convention on Private International Law indicated that the Choice of Law Principles does not pretend to impose on any jurisdiction.

“This is the first soft law that the organisation has produced…it’s a blue print text developed by the most recognised experts…these are contracts between people who do business regularly, who can choose the court as they so wish,” Ignacio explained.

Asked what would be the reaction of parties on contract choosing to apply the Hague Choice of Law Principles, Ignacio explained that the benefit is that parties can incorporate state law, and other regulations that are developed in other international organisations that do not form part of law for the State where commercial contracts are entered into.

“If you pass legislation that allows the parties to choose the law, you would broaden the options for persons seeking to enter…failing to have this might not be attractive to foreign investors, as it provides legal certainty and the option of choice of law…the other issue is when you choose international law and an option that you can  send  disputing parties to a third state- which means it would be cheaper for the companies  and for the companies legal assessment before entering into a contract,” Ignacio explained.

Professor Calvin Hamilton, Senior Lecturer, Faculty of Law, University of the West Indies, in sharing an observation explained that when it comes to arbitration, states have always complained that they were never at the ready because of the lack of their bargaining power. “They were forced to accept conditions …one of those conditions is the renouncing of their own courts… that’s a major issue in arbitration,” Professor Hamilton said. 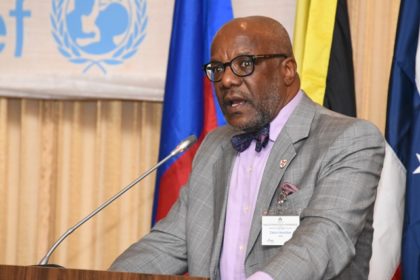 He added that the fact that the Choice of Law Principles constitutes soft law, it means that States can choose whether or not to adapt it based on their needs. Further, if states are to accept investment and conduct international banking, all issues must be understood. This means that the understanding will see decisions being made to create an enabling legal environment needed with the investment.

In order for the Principles to apply, two criteria must be satisfied. First, the contract in question must be “international”. A contract is international within the meaning given to that term in the Principles unless the parties have their establishments in the same State and the relationship of the parties and all other relevant elements, regardless of the chosen law, are connected only with that State, as enunciated in Art. 1 (2). The second criterion is that each party to the contract must be acting in the exercise of its trade or profession, as per Art. 1 (1).

The Principles expressly exclude from their scope, certain specific categories of contracts in which the bargaining power of one party, either a consumer or employee; is presumptively weaker.