The non-governmental organisation Red Thread believes that signing onto The Hague Children’s Conventions could lead to more stringent national standards being developed locally.

Coordinator of the organisation, Karen DeSouza in an interview with the Government Information Agency (GINA) said, the Hague Conventions had much resonance for the national law and national responsibility for the protection of children.

DeSouza said she would like to see Guyana signing onto these conventions. “I actually think that once we hopefully become a member of the conference, that there’d be a lot more focus and a lot more recognition and action that addresses child rights,” DeSouza told GINA.

Legal practitioners from across the Caribbean gathered in Guyana recently to discuss The Hague Conventions relating to family law and commerce and how they can be useful to their countries. 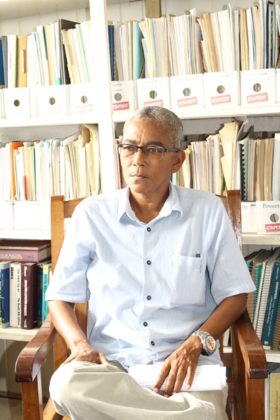 President David Granger at the opening of the conference noted that the information that emanate from it could help Guyana strengthen its regulations. “Guyana’s legal architecture relating to the protection of children and to issues of family law is far from finished. We expect that the deliberations of this conference will assist us in improving our systems,” Granger said.

Meanwhile, DeSouza said more focus needs to be placed on the implementation of the United Nations Conventions on the Rights of the Child (CRC). “So one is to, I guess, push the national agencies to actually implement in a serious way what we know to be necessary, which is not happening at the moment,” DeSouza said.

The CRC is a human rights treaty which sets out the civil, political, economic, social, health and cultural rights of children. Guyana ratified it in 1991.

The enforcement of the Rights of the Child Convention would then be complemented by the Hague Conventions.  “The Conventions simply is about enabling the national stakeholders to access the assistance of an agency that has international reach so it absolutely would be a good thing for Guyana,” added DeSouza.

The APNU+AFC government has committed to examine ways of strengthening its human rights architecture.

Red Thread is primarily concerned with the rights of women and children.   “So a lot of the times we have to network with other agencies including government agencies to ensure that the needs are met of anyone who comes in here,” said DeSouza.