Guyana in collaboration with the United Nations Children’s Fund (UNICEF) and the Hague Conference for Private Law will be hosting the regional meeting from July 13 through 15.

The meeting will be held under the theme “International Family Law, Legal Co-operation and Commerce: Promoting Human Rights and Cross-Border Trade in the Caribbean through the Hague Conference Conventions”. 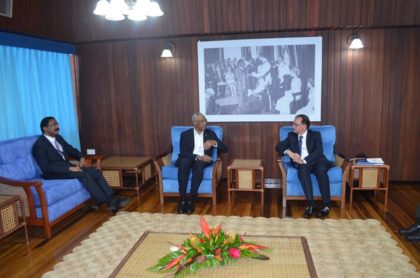 The meeting with Minister Williams was joined by UNICEF’s Resident Representative, Marianne Flach.

Dr. Bernasconi expressed his pleasure with being able to meet with President Granger to speak about the upcoming conference, which he believes is very significant for Guyana, the region and the Hague Conference.

“Our work has to do with creating an environment that is conducive to cross-border trade, cross-border investment, cross-border commerce, creating legal certainty and predictability for people and operators to know the rules of the game as it were before they do a commercial transaction or they invest abroad,” Dr. Bernasconi explained. 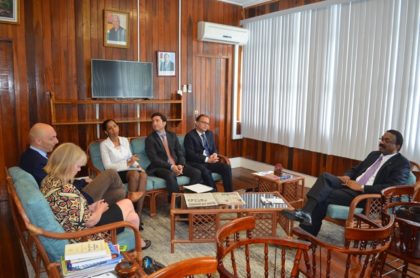 He noted that for Guyana which has an important diaspora that is opening and engaging into more and more cross-border trade and commerce, these issues are of high importance. Additionally, the other areas that address cross-border child protection issues are of critical importance to Guyana.

“There we have a number of conventions on cross-border child abduction, child protection matters in general on inter-country adoption, the effective recovery of maintenance obligation from abroad,” Dr. Bernasconi added.