– regional offices to be expanded

The Ministry of Housing and Water plans to expand the services offered at its Central Housing and Planning Authority (CH&PA) regional offices, even as it advances its work programme.

Since the Government acceded to office in August, the Ministry has moved quickly to distribute land titles that were backlogged in the system and deliver potable water to previously unserved and underserved communities. It has also awarded 40 contracts valued $1 billion to 22 contractors for infrastructural development in new and existing housing schemes.

The contracts were awarded for developing new access roads, upgrading existing access roads, the construction of bridges and the improvement of water and electrical services.   A number of land preparation works were also included, thereby fast-tracking plans for 2021 and giving the Ministry a significant leap ahead in fulfilling its mandate.

During an interview with DPI on Friday, Minster, Hon. Collin Croal said although several services are accessible online, many persons still visit the main office in Georgetown with basic enquiries.

“We want to strengthen our regional housing offices so that they will be able to as far as practicable, provide the level of services that does not require somebody going to Georgetown […] We want to equip them with the necessary information […] and then be able to make the system much more approachable,” Minister Croal said.

Outside of the city, the Ministry’s other offices are located in the respective Regional Democratic Council offices in Regions Two, Three, Four, Five, Six, Nine and Ten.

Minister Croal also gave assurances that the Ministry will continue to look at applications and update its systems to ensure that persons who have been waiting to receive their house lots or housing units are served. 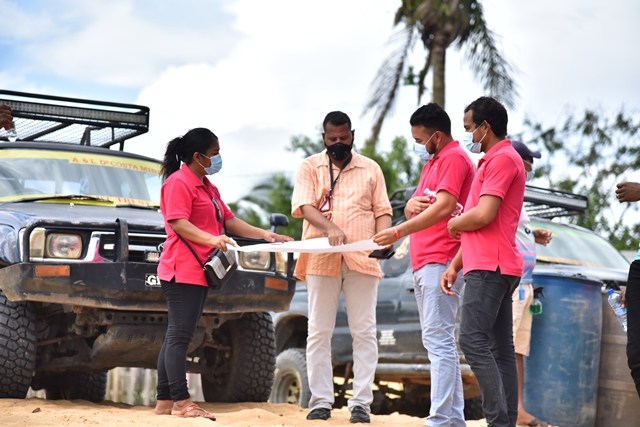 Minister of Housing and Water, Hon. Collin Croal looks at a plan for increased water access in Region Seven communities 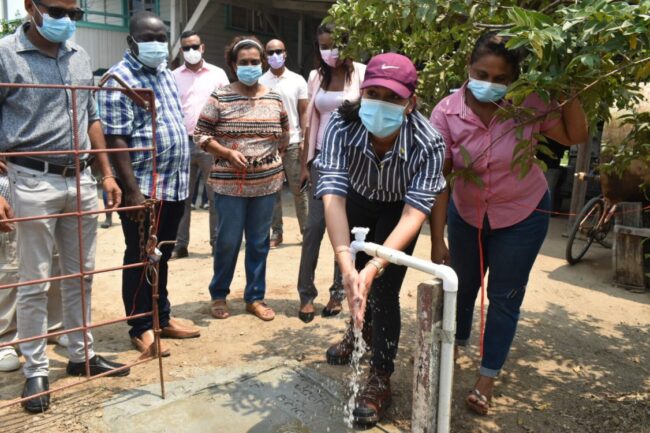 Minister within the Ministry of Housing and Water Hon. Susan Rodrigues in Esau and Jacob, Region Five. This is the first time that the community has benefited from tap water 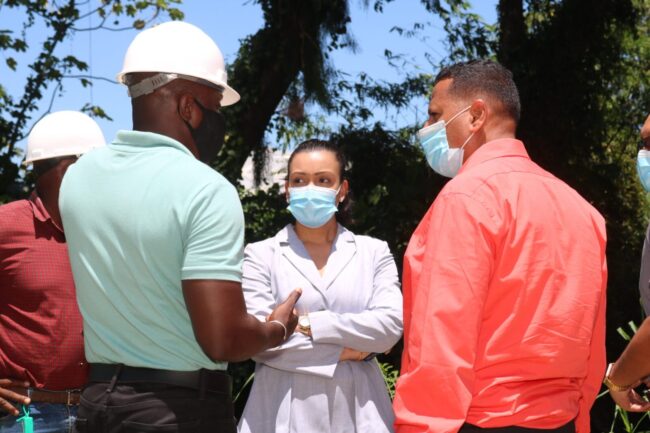 On the ground: Minister of Housing and Water, Hon. Collin Croal (far right), and (centre) Minister within the Ministry, Hon. Susan Rodrigues are briefed by a GWI and CH&PA technical team during an outreach in Sophia

On Friday, the CH&PA distributed another 150 land titles and transports to East Berbice-Corentyne (Region Six) residents at its Dream Realised outreach.  During its debut in Georgetown in October, 350 Regions Three and Four residents received their documents.

Additionally, the CH&PA has processed and approved over 100 planning permits, including those for businesses in the petroleum sector, which will provide major spin-off benefits.

The sector has also been bolstered by the reversion of the mortgage interest relief ceiling from $15 million to $30 million; the increase in threshold for corporate tax relief from $8 million to $10 million and the removal of value-added tax on building and construction material. Further, value-added tax was removed from water and the water subsidy restored for pensioners.

Hundreds of residents in White Water, Region One; Onderneeming and Canal Number One in Region Three; Prospect, Region Four and El Paso, Region Eight and Region Seven and other communities also benefited from the drilling of wells and water connections.

Land acquisition has also been in progress with the Guyana Lands and Surveys Commission, Guyana Sugar Corporation, and National Industrial and Commercial Investments Limited to meet housing demands nationwide.