Secretary-General of CARICOM, His Excellency Irwin LaRocque said that the Caribbean region is fortunate to have skilled persons that would have provided the insight and foresight that was necessary to develop the HRD Strategy.

He said that in addition to fostering social development, the implementation of the HRD Strategy will make it possible for the region to realise other goals such as economic development.

Delivering welcoming remarks, was Minister of Education, Hon. Nicolette Henry, said that innovative, brave and candid decisions need to be made to deliver quality education for all, with a firm grasp of what young people need from education in the 21st century.

She said that access to education is the right of every child. Further, Minister Henry said, “Educating a nation is a cross cutting endeavour. When your nations are educated on all aspects of life; academically, economically and socially then our citizens will be able to create a society that is powerfully confident in its existence.”

Minister Henry urged the delegates of the meeting including other Minister of Education from across the Caribbean that over the next two days there is a lot of work to do as the organs of the Caribbean Community work together to fulfil the requirements of the 2030 Sustainable Development Goals (SDGs).

Chair of COHSOD, Hon. Lillian Ferrier, Minister of Education, Science and Culture of Suriname, said that during the meeting great emphasis will be placed on the implementation of the Human Resource Development (HRD) 2030 Strategy.

In July 2017, the strategy was received the support of the Conference of Heads of Government at the 38th Regular Meeting in Grenada. This followed prior approval by COHSOD in March 2017.

Today, the meeting began with a forum to discuss “Positioning Human Resource Development (HRD) as Central to Caribbean Resilience and Development”. The discussants for this session are Hon. Delmaude Ryan, Deputy Premier and Minister of Education, Youth Affairs and Sport, Montserrat and Mr. Adrian Augier, Artist, Economist and Recipient of the Caribbean Laureate of Arts and Letters Award. 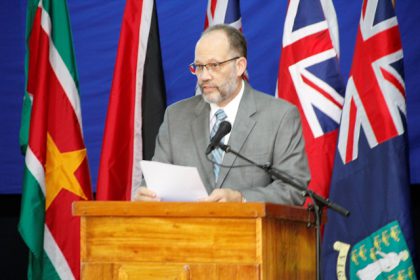 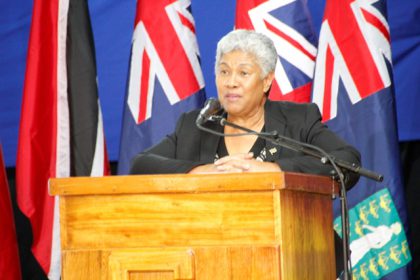