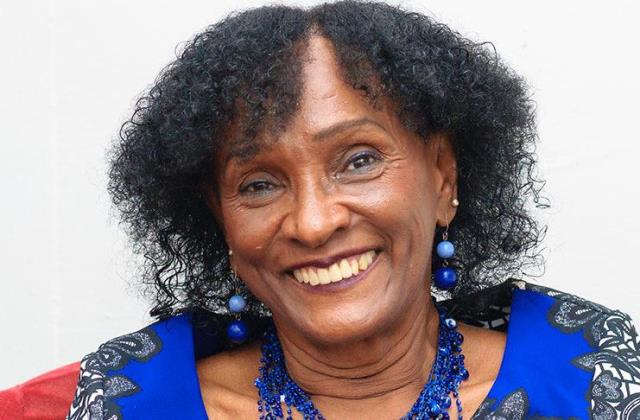 Massay joined the MOPH team during the early ‘70s and begun work at the PRRC then known as the Polio Centre. She provided rehabilitative services to children who suffered residual paralysis following the 1960-1964 polio epidemics in Guyana.

During her time at the Ptolemy Reid Rehabilitation Centre (PRRC), she was responsible for the administration of the facility, which had shifted its focus to providing rehab services for children with physical and developmental disabilities. She was task with the further expansion of rehabilitation, beyond physiotherapy, to include the disciplines of occupational therapy, speech therapy, and audiology and drug rehabilitation.

Director of Disability and Rehabilitation Services, Dr Ariane Mangar said during her 50 years tenure, Massay served Guyana in an exemplary manner, reflecting great credit upon herself and the MOPH.

“After an illustrious career in the Public Service, we are all proud of Massay’s distinguished service and many accomplishments; and we wish her success in her future endeavors.” Mangar noted.

Massay was born and grew up in South Cummingsburg, Georgetown. She attended Bedford Methodist and Wedgewood Junior Primary Schools. Having been awarded a government county scholarship, she attended The Bishops’ High School in 1956. While there, she developed a passion for athletics and sports in general. It was this, together with her interest in helping people, which guided her choice of career in physiotherapy.

After leaving Bishops’ in 1963, Massay spent one-year teaching English Language and Literature at Central High School. Her desire to join the physiotherapy profession was achieved when her application for the position of physiotherapist trainee at the Georgetown Public Hospital was successful. In 1965, Massay was granted a Government of Guyana Scholarship, and went to Birmingham, England, where she qualified as a Physiotherapist in 1968. On her return to Guyana she continued work at the Georgetown Public Hospital Corporation Hospital (GPHC).