The staff of the Department of Citizenship and Immigration along with Immigration Officers of the Guyana Police Force (GPF) were earlier today trained in the Countering of Trafficking In Persons, made possible by the Ministry of Social Protection. This exercise sought to ensure that the officers are equipped to effectively identify any case of TIP.

According to the organisers, these categories of public sector employees were targeted since the nature of their jobs may cause them to interface with persons being trafficked or those who may have been trafficked. 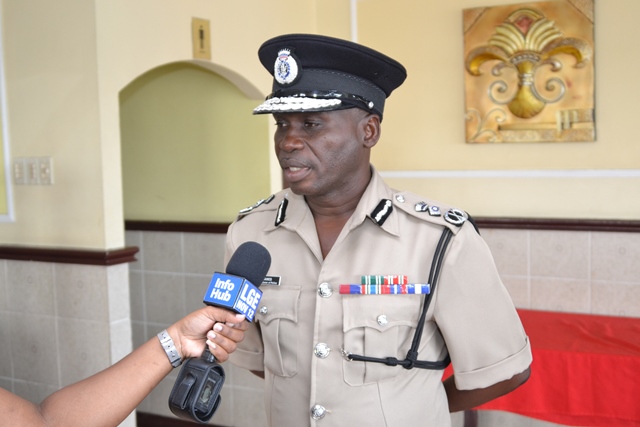 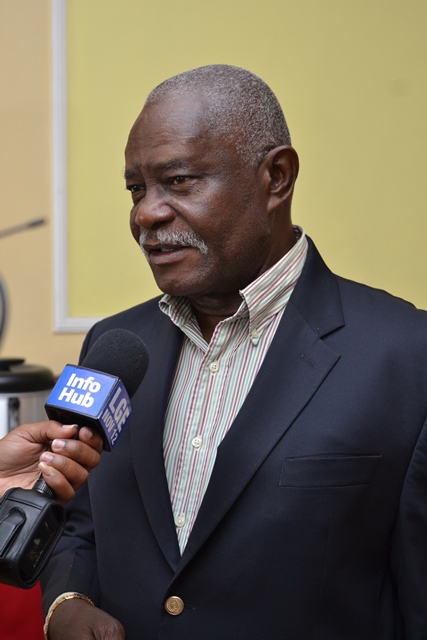 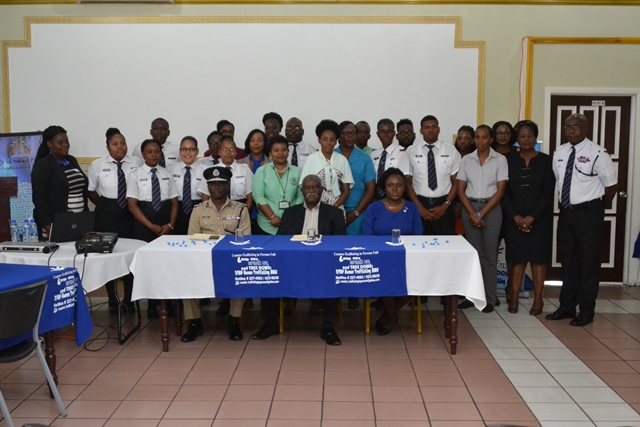 Seated at the front are Commissioner of Police, Leslie James, DSM, DSS, Minister of Citizenship, Winston Felix, and Coordinator of the Ministry of Social Protection’s C-TIP Unit, Tanisha Williams-Corbin flanked by Immigration Officers and staff of the Department of Citizenship and Immigration.

Minister of Citizenship, Winston Felix and Commissioner of Police, Leslie James, DSM, DSS urged the trainees to be prepared to deal with the prevalence of Trafficking in Persons in Guyana.

Minister Felix further encouraged that persons in Guyana become informed, so as to avoid the eventualities of being trafficked since it is an international crime.

“I gave them (those being trained) an example of young ladies who were deceived about a trip to Caribbean territory and shortly after ended up being trafficked. I identified to them the importance of understanding the nature of the crime while pointing out to them that this training…. will assist them to develop their reading and understanding of the components of trafficking in persons,” the minister explained.

The Commissioner of Police also added that the training exercise offered by the Ministry of Social Protection is timely as it engages immigration and other ranks of the Guyana Police Force (GPF) to be on the alert in identifying and dealing with persons who are being trafficked.

The Commissioner said he informed the participants that “[the training] is in keeping the United States protocols to which Guyana is a signatory, to deal with what is referred to as the scourge of the earth – Trafficking in Persons. It is an important training exercise for them to fully understand the situation and I also encouraged them to do more research.”

This training hosted by the Social Protection Ministry is part of an ongoing effort to ensure that concerned stakeholders are continually oriented on the issue of TIP. The Ministry of Social Protection has been intensifying efforts to bring awareness to the general public on what should be known about Trafficking in Persons in Guyana.