‘In order to eliminate poverty, equality must prevail’ – Minister Garrido-Lowe

– At leadership training for female toshaos

Thirteen female Toshaos are in Georgetown to participate in a leadership training seminar facilitated by the Ministry of Indigenous Peoples’ Affairs in partnership with National Toshaos Council (NTC) and the Canadian High Commission. 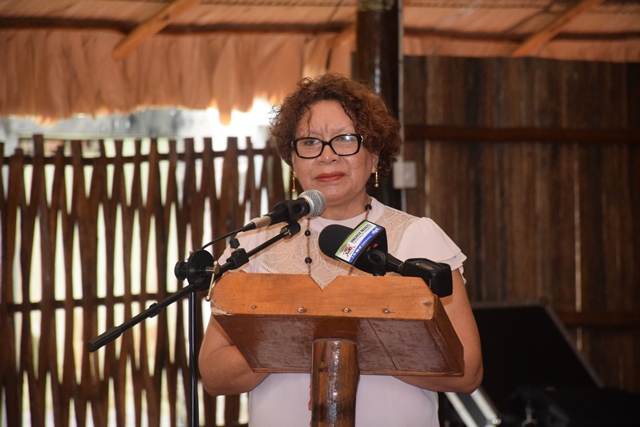 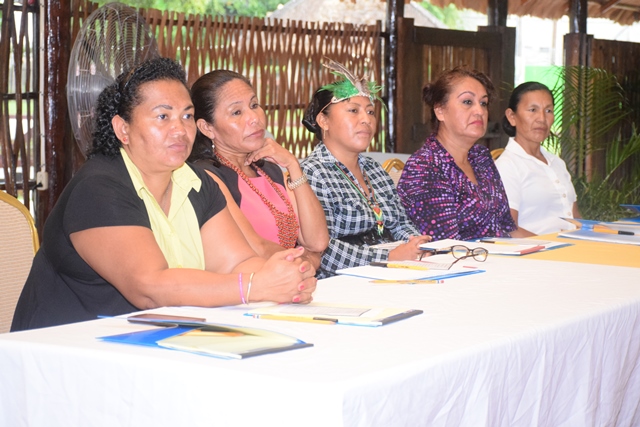 Some of the female Toshaos who participated in the leadership training. 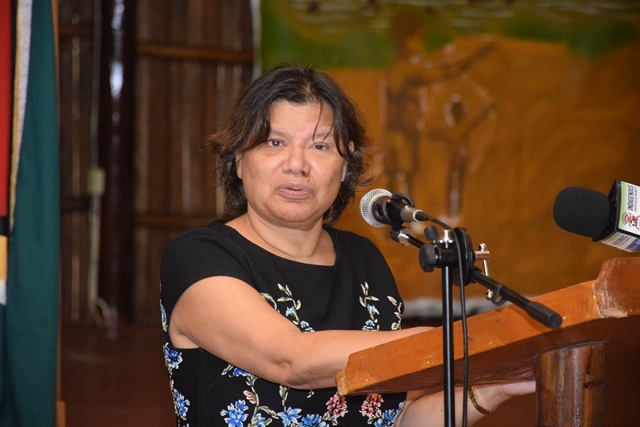 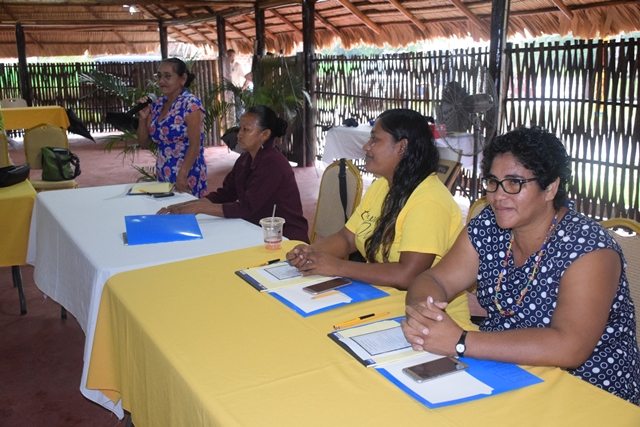 Some of the female Toshaos who participated in the leadership training.

The training exercise is intended to equip and empower the women with the knowledge and expertise to effectively execute their duties.

Canadian High Commissioner, Lilian Chatterjee explained that the training aims to ensure that female village leaders have an increased understanding of how their management affects their communities; gain and strengthen their skills of identifying and responding to issues affecting Indigenous women and men; acquire the requisite knowledge to assume more leadership roles and help address issues in Indigenous communities.

The initiative was birthed out of a meeting with the newly elected Toshaos and the High Commissioner during the recently held National Toshaos Conference.

While congratulating the Toshaos for taking up leadership roles within their communities, Minister within the Ministry of Indigenous Peoples’ Affairs, Valerie Garrido-Lowe emphasised the fact that more women in leadership positions can translate to increased productivity and better decision-making. She said that in order to eliminate poverty, equality between men and women must prevail.

The minister, who officially declared the event open said, “Look how many female Toshaos we have now. This means that more and more the men are recognising that we too can be leaders.”

High Commissioner Chatterjee said that the initiative forms part of Canada’s commitment to supporting women as outlined in its policies including its Feminist International Assistance Policy. “We want to contribute in getting rid of poverty and we know that in order to do this, we have to address equality between women and women.”

The High Commissioner noted that while this is a significant improvement, it only represents 15 percent of women leaders at the community level and that there is still room for women to get more involved in politics.

The one-day seminar was held at the Indigenous Village at the Sophia Exhibition Centre. Topics centred on women in leadership roles, gender equality and the function and responsibilities of a leader.