The current rainfall is affecting the Sophia Ring Road project, but work is still continuing according to Community Coordinator, Ministry of Public Infrastructure, Neilson McKenzie.

McKenzie said, “The major issue is rain because as is, the road should have been in better shape in terms of work, but work has been impeded by inclement weather and as soon as the weather eases up, more work will continue. The contractors have to be complimented because they are working beyond the call of duty to ensure there is almost immediate remedy and relief,” McKenzie said. 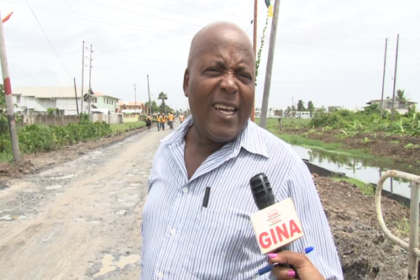 The contractors are currently working to ensure that commuters and motorists access the completed road. “They’re doing the shoulders and they’re doing some deep patching and then scarifying, and then they’ll have the outer layer of crusher -run,” he explained.

In addition, street lights are also being installed throughout Dennis Street which is the main entrance into Sophia. “We’re working on A Field and will ensure that B, C, D and E (fields) get street lights as soon as possible.”

According to McKenzie every area in Sophia, “where we either put new roads or culverts”, street lights will also be erected since part of the Sophia Ring Road project is to also put in the requisite street lights. 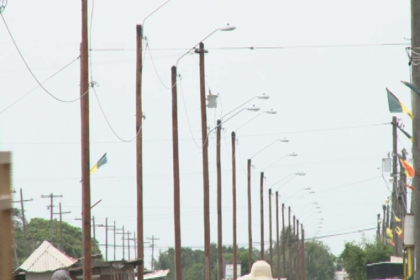 The project which started in January has six weeks more for completion but, “that timeline is uncertain, due to the unpredictability of the weather and the intensity of the work since the unexpected heavy downpours would usually delay the work,” McKenzie said.

This has resulted in the deadline for the completion of the project being adjusted.

Mc Kenzie apologised on behalf of the Ministry of Public Infrastructure for the delay. “We know that there has been lots of discomfort,” he said, and implored the Sophia residents to continue to be patient as the team works to ensure that the project is completed according to the prescribed standards.