Georgetown, Guyana — (July 11, 2018) Minister of State, Mr. Joseph Harmon, today, said that the Government of Guyana has prioritised infrastructural development because it recognises that improved infrastructure is the cornerstone of socio-economic progress. “It is through construction that vital infrastructure, like roads bridges and airports, are put in place… Great importance and priority must, therefore, be given to construction and infrastructure as has been made clear by His Excellency, President David Granger on several occasions,” he said.

The Minister made these statements at commissioning of the Fourth Road Project, a ceremony which marks the culmination of an over US$46M rehabilitation project on the West Coast Demerara Road. The project was jointly funded by the Government of Guyana and Caribbean Development Bank (CDB). The event was held at the De Willem Tarmac, West Coast Demerara. 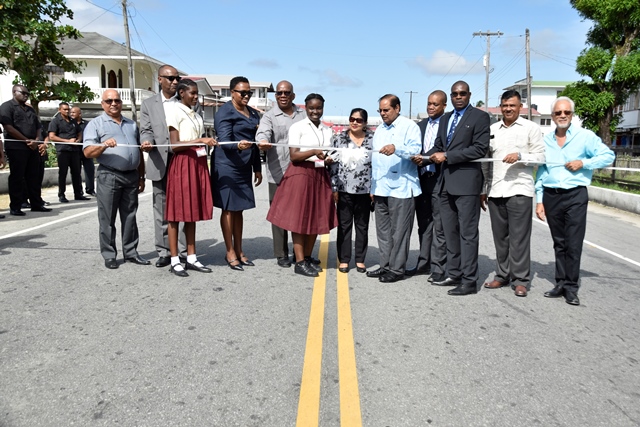 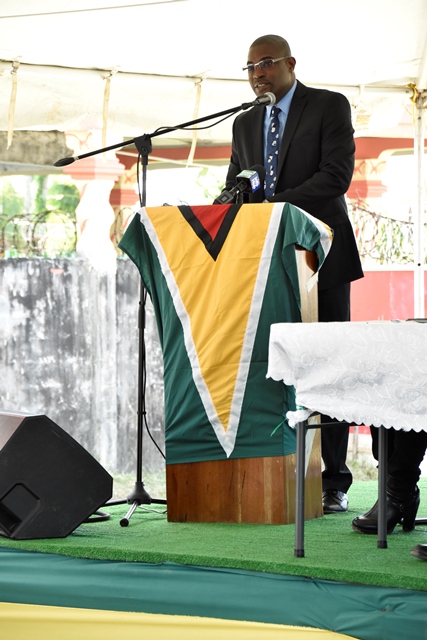 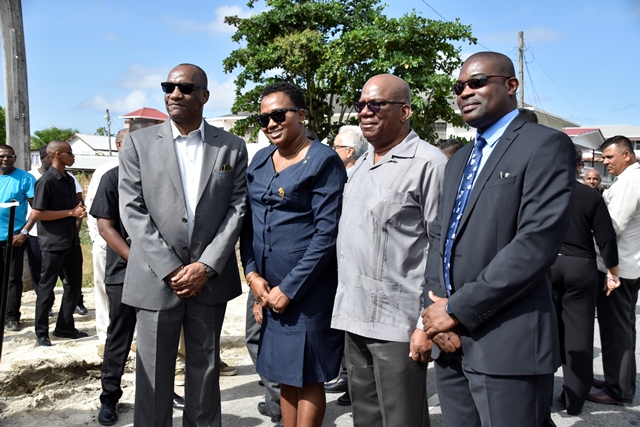 Minister Harmon said that improvements in road networks will give Guyanese easier access to natural resources. “The Government recognises infrastructure as a key element in our development, linking our coastland and our hinterland, our rural and urban communities, and enabling us to access our natural resources. This importance in priority is also reflected in the 2018 National budget… where $32B were allocated to the Ministry of Public Infrastructure, of which $14.3B is devoted to the construction, rehabilitation, upgrading and maintenance of our national road networks,” he said.

Minister of Public Infrastructure, Mr. David Patterson said that the completion of the Fourth Road Project will boost the economy of the Essequibo Islands-West Demerara Region. “The completion of the rehabilitation of this road is timely as the West Coast of Demerara and Region Three as a whole, is a growing hub for sectoral development. These developmental activities are only as good as the ability to access locations within and on the outskirts of the Region… This highway provides this opportunity to link communities, reducing travel time, and increasing economic activity,” he said.

Minister Patterson also announced that Region Three will also see the execution of a number of other environmentally-friendly development projects. “Residents will be pleased to know that the Ministry of Public Infrastructure envisions Region Three as being earmarked for the installation of renewable energy technology in the coming years. This will potentially add to the ongoing initiatives in which the Government has embarked on to promote ‘green’ and clean energy,” he said.

Representative from the Caribbean Development Bank (CDB), Mr. O’Reilly Lewis said that the CDB will continue to help Guyana pursue infrastructural development. “We are in this for the long run… we have an unwavering commitment to the Government and people of Guyana and we look forward to continuing a long and fruitful relationship with you as we seek to reorient and diversify Guyana’s economy,” he said.

Regional Executive Officer of Region Three, Mr. Dennis Jaikarran encouraged the residents of Region Three to be good stewards of the improved road network afforded them. “I am reminded that the Government [does] not only make promises, but [delivers] on the promises [made]… This road project is one that will surely encourage and advance the economic development of this country… There is an equal and corresponding duty for those of us who use the road… [That is to] ensure that we are a part of the maintenance and sustainability of what is given to us… so that we can continue to benefit from it,” he said.

Minister within the Ministry of Public infrastructure, Ms. Annette Ferguson made a similar appeal to the residents of the Region. “I would like to make a public appeal to road users, especially drivers of motor vehicles. Kindly exercise the five C’s- care, caution, consideration, common sense, and courtesy. Let us avoid reckless driving on our roadways, which will aid in the reduction of deaths… I ask that you work with your Government as we seek to improve our infrastructure as the good life beckons,” she said.

Mayor of Bartica, Mr. Gifford Marshall, who was also present at the event, said that those living outside of Georgetown will also benefit from the expansion as Region Three connects Georgetown to many other Regions of Guyana. “Hundreds of Barticians traverse this road on a daily basis. Bartica is basically two hours travelling time from the Capital City… The development of this road will definitely aid in getting to Parika much faster… It’s a fantastic piece of infrastructure. It really improved the aesthetics of [Region Three] and it can just get better from here,” he said.

The Fourth Road Project was carried out by BK International Incorporated and Surrey Paving and Aggregate Company Limited. The event was also attended by Prime Minister Moses Nagamootoo and Minister of Finance, Mr. Winston Jordan.