Iwokrama – Guyana’s gift to the world – one million acres of pristine rainforest, is one of the four last untouched tropical forests in the world. Located in the heart of the Guiana Shield, its position represents an important transition zone in rainfall, landforms, human histories and biological communities. 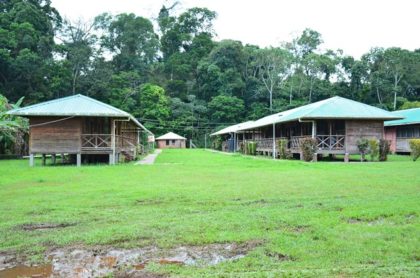 In 1989 when the Commonwealth Heads of State met in Malaysia, the need for drastic action, for saving the environment, was high on the agenda. It was there, that the late Former President of Guyana, Hugh Desmond Hoyte, stood up and made an extra- ordinary generous offer to the world.

In 1996, the late former President, Dr. Cheddi Jagan signed the Iwokrama Act which officially created the Iwokrama International Centre for Rainforest Conservation and Development. The centre takes its name from a range of mountains some 400 kilometers inland.

Since its foundation, Iwokrama has sought to advance best practices in the sustainable management of the world’s remaining rain forests.

According to the indigenous peoples, Iwokrama means ‘place of refuge’ where members of the Makushi tribe hid from attackers in the distant past. It is said that Iwokrama is the most intact tropical rainforest area left on planet earth. 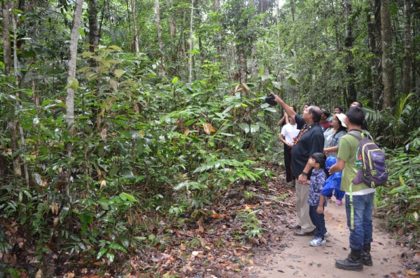 Prime Minister Moses Nagamootoo, and his family, looking at several birds along a trail at the Iwokrama International Centre for Rainforest Conservation and Development

This facility, snuggled in the heart of Guyana’s jungle, has over the years attracted hundreds of tourists, government officials and those interested in wanting to see, feel and experience the untouched, lush rain forest.

For those seeking an accessible alternative to similarly exotic but far more expensive locales, Iwokrama offers experiences and sights not found anywhere else; from South America’s largest animals such as the Jaguar, Giant Anteater, Harpy Eagle and River Otter to  a variety of plants, trees and creatures, some of which are yet to be discovered. 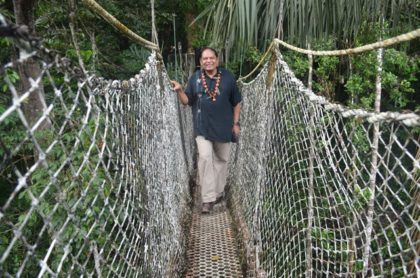 Iwokrama forest’s ecosystem contains an extraordinary number of animal species that are threatened or virtually extinct across most of their former geographic ranges. The Iwokrama forest is known to have the most variety of fish species (over 420 catalogued thus far), bats (90 documented) and over 800 bird species. 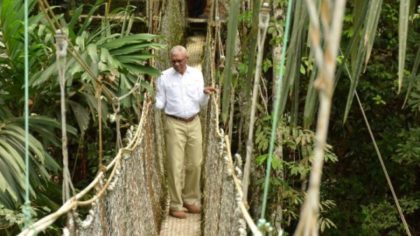 The Guyanese Head of State said, “We cannot develop this country unless we learn the lesson of Iwokrama; the lesson of biodiversity, sustainable development, renewable energy, climate change and living together, not in conflict, but in concert with nature… unless we solve these problems, Guyana will continue to be poor”.

The Presidential party was afforded a first-hand look at operations at centre during a two-day visit to the area.

Since its establishment, the Iwokrama Centre has been operating mainly with donor funding. However in 2015, the government of the day had made interventions so that the centre could have effected its 2015 plans, in face of ‘untimely and inadequate donations from international partners.’

President Granger opined that Guyanese needed to be more involved in the protection of the nation’s patrimony.

“We expect the corporate community and civil society to understand the importance of Iwokrama to the Green Agenda and to the livelihood of Guyana as a whole. So it is not going to be a government project, but a national project… and I expect that in the fullness of time, not only the Commonwealth would adopt it more fully, but the Caribbean Community will understand its importance to their future.”

Prime Minister Moses Nagamootoo also recently visited the centre. Nagamootoo as well, expressed amazement at the reserve’s geological features and noted that it has much to offer to Guyanese and overseas visitors alike, even as he advocated for funding for the centre’s operations. 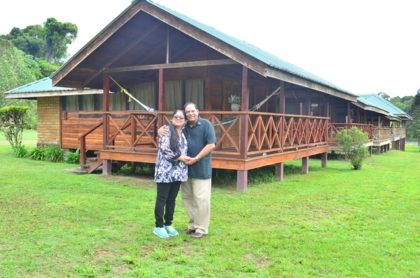 The Prime Minister advised that the world is facing climate change and projects like Iwokrama are important, as the sea is taking over the land where people once lived.

Lauding Guyana for its key role in climate change fight, through the work of the Iwokrama Centre, was Secretary General (SG) of the Commonwealth, Baroness Patricia Scotland.

The Secretary General, who recently paid her first visit to the reserve, stated, “The contributions that Iwokrama make to that climatic stability are incredibly important. I think it’s to be applauded, the way Guyana, for the world, has sought to harvest the good things that come out of Iwokrama and preserve them.”

She further called on Guyana to consider carbon farming, “as a way to slow down the rapidly changing climate.” This refers to farming in such a manner that greenhouse gas emissions are reduced. The Baroness added, “Many countries in the world now are trying to meet their COP21 commitments and the question is how can they do that within the same framework of their countries, so they will be looking for other countries to assess and to assist.”

Guyana’s efforts towards preserving its natural resources were also welcomed by baroness Scotland. “Guyana is one of the richest countries in terms of natural resources- the wonderful flora, fauna, trees – Guyana has everything- gold, diamond, oil, so in terms of how we assist is incredibly good, not just for Guyana, but for the whole region.” 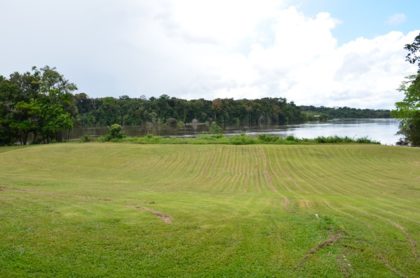 Chief Executive Officer of Iwokrama, Dane Gobin, noted that the reserve is still a relevant facility with regard to climate change, sustainable development and other eco-based areas, despite being launched close to 20 years ago.

According to the CEO, “Iwokrama’s potential and purpose align well with President Granger’s green agenda”. He stated that plans are underway to change the financial model of the entity. “It cannot continue to rely solely on donors, due to the pressures of other global priorities such as terrorism, natural disasters and poverty.”

A main focus is the diversification of revenue sources, and this includes a sustainable forestry project, which will be certified by the Forest Stewardship Council, Gobin stated. This project will demonstrate viable logging within the area, in a sustainable manner, preserving most of the forest’s integrity.

Another focus is on eco-tourism, and ways in which to attract more visitors. This number has increased to around 1,200 annually over the last few years, up significantly from around 100 persons when originally launched. Plans are being formulated to have more Guyanese visit Iwokrama and other hinterland locations. Improvements are being made to the nearby Fairview Airstrip which services the area, as well as the Georgetown, Lethem trail, which quite a few of the more adventurous use to drive into the reserve.

The Iwokrama Forest is bordered to the west by the Pakaraima Mountains, in the East by the Essequibo River, and in the North by the Siparuni River. Through the center flows the Burro-Burro River. 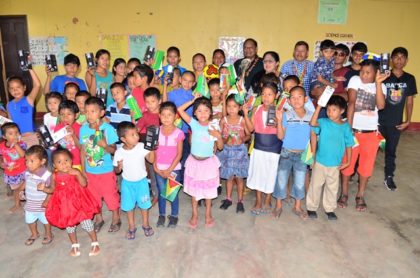 The area is covered with lowland tropical forest, and dominated by tall trees reaching to heights of more than 30 meters (100 feet). Situated 90 minutes south of the River Lodge is the Iwokrama Canopy Walkway. This unique suspended four-deck walkway gives visitors, what has been described as a fantastic perspective, on the birds and mammals of the forest.

Visitors to Iwokrama can also experience the regular dawn chorus from various species of birds and monkeys, or traverse the waters of the Essequibo or Burro-Burro Rivers. The latter gives them an opportunity to observe the myriad aquatic life and the views of those along the rivers banks.

Today’s reality is that 14 to 16 million hectares of rain forest are lost every year, and deforestation is thought to be responsible for 20 per cent of the global emissions of greenhouse gasses. These are the realities of climate change – the enemy of economic stability and sustainable debt management. Hence it has been stressed that countries must honour agreements made in December at the COP21 climate change summit.

Iwokrama is Guyana’s gift to the world whose contributions to climate stability are critically important!